The Eagles held the advantage in just about every stat line during the first half. EMU shot 50 percent in the first while the Akron Zips made only 3 of its 16 attempts. The Zips were outrebounded in the first quarter by six. Akron pulled in five rebounds, and the Eagles hauled in 11.

The Zips had a hard time protecting the paint, allowing EMU to put up 16 points in the paint during the first quarter.

“Scoring inside is one of our biggest priorities,” Lewis said. “This week, we’ve been working on getting into our post. We have a 6-foot-5 and a 6-foot-2, so we have an advantage over most of the teams we play.”

Akron forced the Eagles to turn the ball over 10 times in the first half. Five of those turnovers were steals from the Zips’ defense. Akron took better care of the ball, only committing five turnovers. The Eagles ended the half with a five-point lead at 30-25.

EMU took it to the Zips by out rebounding them 50-29 for the game, including 15 offensive rebounds. EMU also finished shooting 35 percent from 3-point range. Lewis hit a 3-pointer from the right wing to give the Eagles a 47-41 lead nearing the end of the third quarter. Minott had 13 points and two steals for the Eagles. She made a floater over an Akron defender to extend their lead to 10 with eight minutes remaining.

EMU’s largest lead came in the fourth, when they were up 12 with 5:30 left. Cardwell assisted freshman Kiara Johnson with a no-look dump-off pass. Cardwell finished with 10 points and three assists, while Johnson put up eight points off the bench.

Akron wasn’t far behind down the stretch when Sefcik made a jump shot to make it 62-56 with a minute and a half left. The Zips were forced to foul in the final minutes, which led to EMU keeping a lead and winning 67-60.

“Tonight was just a really good night for us, where the matchups were in our favor, and we were able to get the shots we wanted,” Minott said.

EMU will travel to Western Michigan University on Saturday, Feb. 23 with their second matchup versus the Broncos this season. The Eagles won 64-61 over the Broncos during the first matchup on Jan. 12. 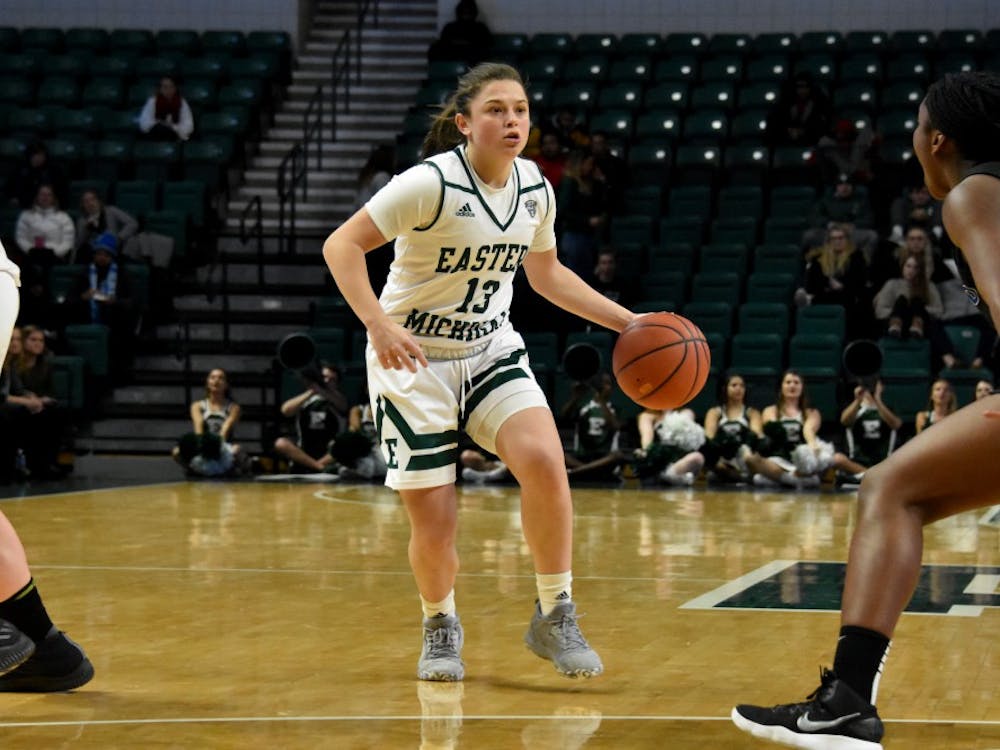 By Tiauna Allen and Hayden Vassar 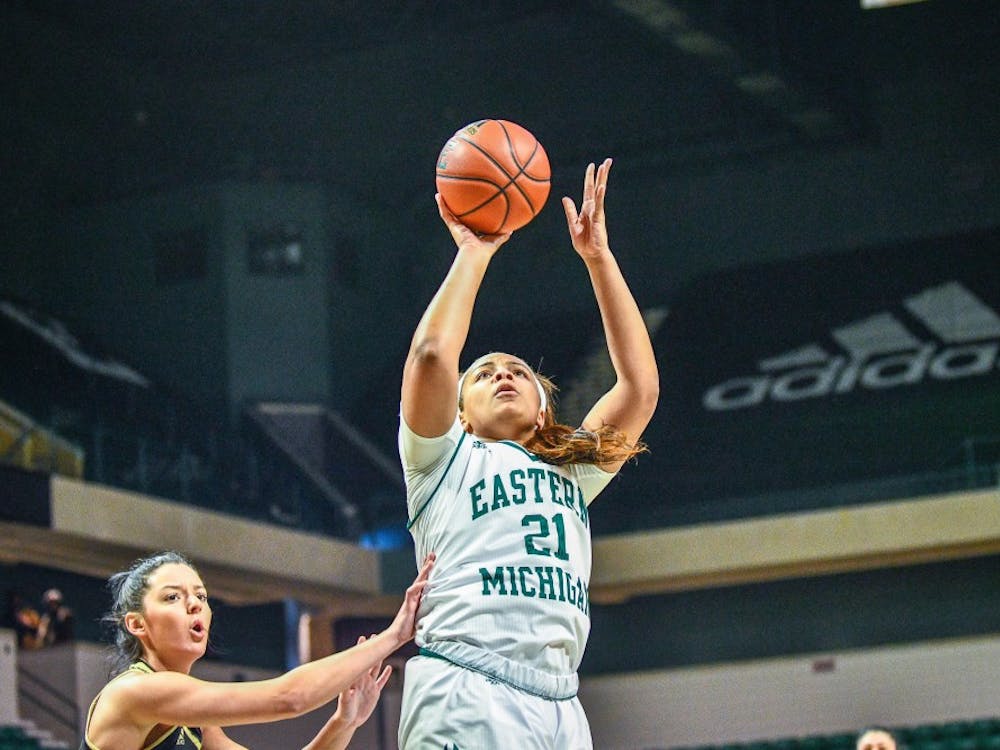