Several events are planned to raise awareness for gun violence and create space places within the community.

A campaign with the goal of raising awareness for gun violence and creating safe places throughout the community has kicked off in the city of Ypsilanti.

Ypsilanti City Councilman Anthony Morgan started Y-Town S.W.A.G. “Summer Without Any Guns,” as the campaign is being called. Morgan, who was a victim of gun violence growing up in Detroit, said the campaign was created in response to a noticeable trend: an increase of gun-related crimes during the summertime.

“I was a victim of gun violence a few different times, whether it be in a shootout or being pistol whipped and having different confrontations with guns,” Morgan said. “Most of those happened in the summer.

“I’ve lived here in Ypsilanti for 20 years, and every year the potential for violence increases every time the sun comes out,” he said. “The two days that were the hottest and that we had good weather, a few people were murdered in shootouts that occurred.”

The program has six initiatives to get youth involved and help make the community a safer place. One of the main objectives will be the creation of S.W.A.G. Houses, which are locations within the city limits that citizens can visit if they feel threatened or unsafe.

The S.W.A.G. Houses will be marked with a sticker on their windows.

“They’re agencies that work with young people already like Ozone House, Ypsilanti Library, Dedicated to Make a Change and Parkridge Community Center,” Morgan explained. “Those are locations that citizens and young people can go to if they felt threatened, and that place could help lead them to the proper authorities … The goal is to get 50 houses. So far we have about 11, so we’re looking for more participants.”

The campaign will provide opportunities for youth to earn cash prizes. The first allows teens to create a three minute video entitled “Why We S.W.A.G.,” explaining why they choose peace, how to not give into peer pressure of guns and solutions to support the issue.

There will also be a youth coloring contest for children ages 5 through 12. The Y-Town S.W.A.G. logo coloring sheet can be picked up at the Ypsilanti Library.

Submissions for both the video and coloring contest will be accepted until Aug. 26.

Youth will also have an opportunity to unleash their artistic expression by participating in several plays and skits that will be put on through the Riverside Arts Center.

Another event on the agenda is “S.W.A.G. Walks” through the city. The goal of the walks, which are scheduled July 25, Aug. 10 and Aug. 24, are to denounce violence and embrace the spirit of harmony.

The end goal of these efforts is to have a post summer party, where youth can come have fun without fear. Y-Town S.W.A.G. t-shirts are being sold to help raise funds for the event.

“All of the efforts that we’re doing are to create a post-summer party for young people in a safe environment, between the ages of 13 to 18, where they can hang out, have fun, play music and feel safe with no threat of violence,” Morgan said.

Members of the community and various organizations gathered for the initial S.W.A.G. Kickoff event at Parkridge Community Center on July 10 to share their thoughts on gun violence and ways to help prevent it.

19-year-old Marquan Kane, who was born and raised in Ypsilanti, shed light on how trauma conditions people into who they are.

“It certainly has made me into who I am and shaped my character,” Kane said. “I say that because it’s important to recognize that it is not the youth and it’s not the people. It’s the condition that brings out the lowest part of us sometimes. When you don’t have access to resources, when you don’t have any hope, etc. It creates an environment where these issues become allowed … We can’t help but become what we see, what we hear, what we’re exposed to, what we feel. So it’s important to look at this in a different light.”

The next Y-Town S.W.A.G. meeting will be July 17 from 4:30 to 6 p.m. at Parkridge Community Center. Everyone is welcome to attend.

To get involved or purchase a t-shirt, contact Anthony Morgan at asmorgan77@gmail.com or ytownswag@gmail.com. 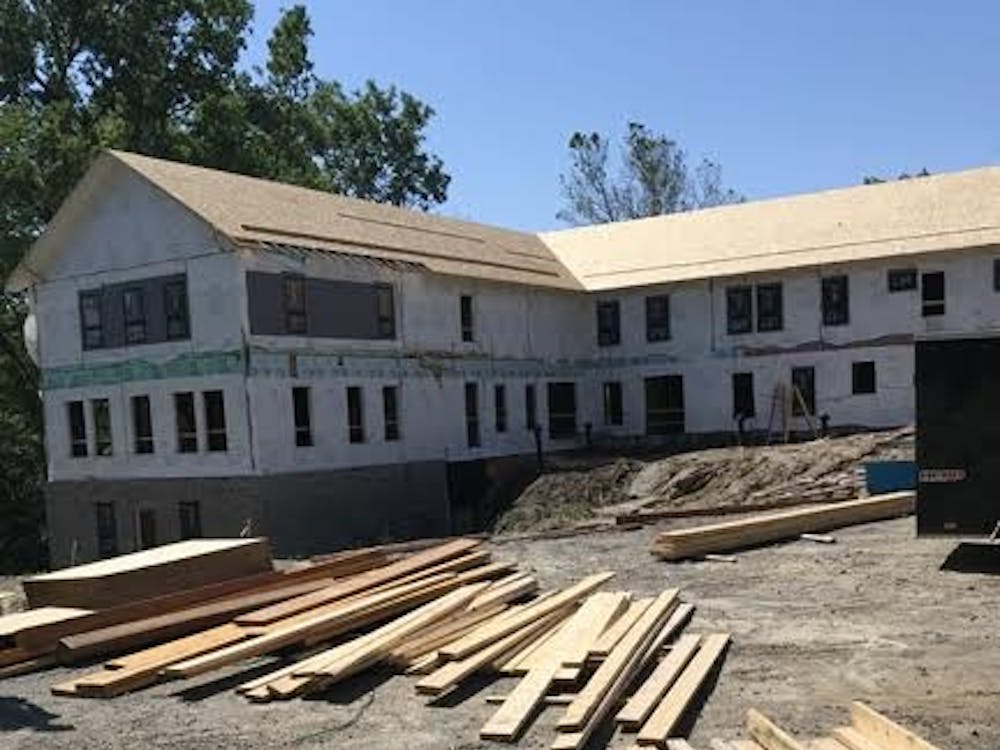