The annual air show hosted a variety of activities for patrons of all ages.

There was something for everyone at this year’s annual Thunder Over Michigan air show, hosted by Yankee Air Museum on August 3-4. Aviation and military enthusiasts lined the grounds of Willow Run Airport to watch as the show featured new and classic air crafts as well as a variety of activities for the younger crowd.

Patrons paid $45 per adult and $20 per car parking fee to enter the air show, which ran from 9 a.m. to 5 p.m. on Saturday and Sunday. Children 15 and under received free admission.

The spotlight of the air show was the impressive aerial display, featuring a variety of classic planes as well as modern jets. Revelers stood behind makeshift fencing as Air Force pilots roared past at breakneck speeds.

One aerial display that travels across the country is the Heritage Flight. The Heritage Flight features civilian pilots flying alongside modern Air Force demonstration teams. Pairing vintage fighters built between 1940-1952 with newer jets like the F-16 (built in 1977), the Heritage Flight is an impressive display of our military aviation history.

Strolling around the grounds of Willow Run, air show guests were treated to a variety of vintage and modern aircrafts up close and personal. These aircrafts included vintage planes, like the Corsair, and modern turboprop transport aircraft, like the C-130H. The gathering of Corsairs, WWII carrier-based aircraft, was the largest since being on active duty over 70 years ago.

Modern aircraft, like the C-130H, were on display with its current flight crew on hand to answer questions and lead tours through the mammoth plane. At the air show for the first time, Texas Air National Guard Pilot Will Holland was all smiles when asked about his experience.

“This is the best-run, most high-class air show we’ve seen,“ Holland said from the underbelly of the C-130H. "There’s great community support and there’s really great people working behind the scenes.”

Beyond touring aircraft, guests were treated to a variety of vendors and activities. The Air National Guard was hosting a free flight simulator using virtual reality technology, as well as physical fitness challenges for children. The Ann Arbor Hands-On Museum was also present, contributing to a variety of activities for the young air-show participants, including an inflatable slide and bounce house. Helicopter and monster truck rides were also available for patrons of all ages.

Between the air show spectators and the monster truck rides, vendor tents lined the grass field of Willow Run. Visitors were treated to information from a variety of industries, including radio stations, car insurance, local sport teams and our friends from the EMU Aviation program.

Tom Simon, Director of Marketing & Recruitment, and aviation student, Cameron Wold, were manning the EMU tent on Saturday, fielding questions and encouraging patrons to enter a raffle for a free introductory flight lesson. Representation for the Bachelor of Science program is in its 4th year at the air show which, according to Simon, provides a great crowd to generate interest in the program and the perfect location.

Willow Run Airport is also home to the Eagle Flight Centre. Interested in pursuing an Aviation Flight or Management Technology degree? You can find information about both at the EMU Aviation Program website.

Thunder Over Michigan wrapped up on Sunday, August 4. If you missed the event this year or just can’t wait to come back next year, mark your calendars for August 29-30 to catch next year’s air show at Willow Run. 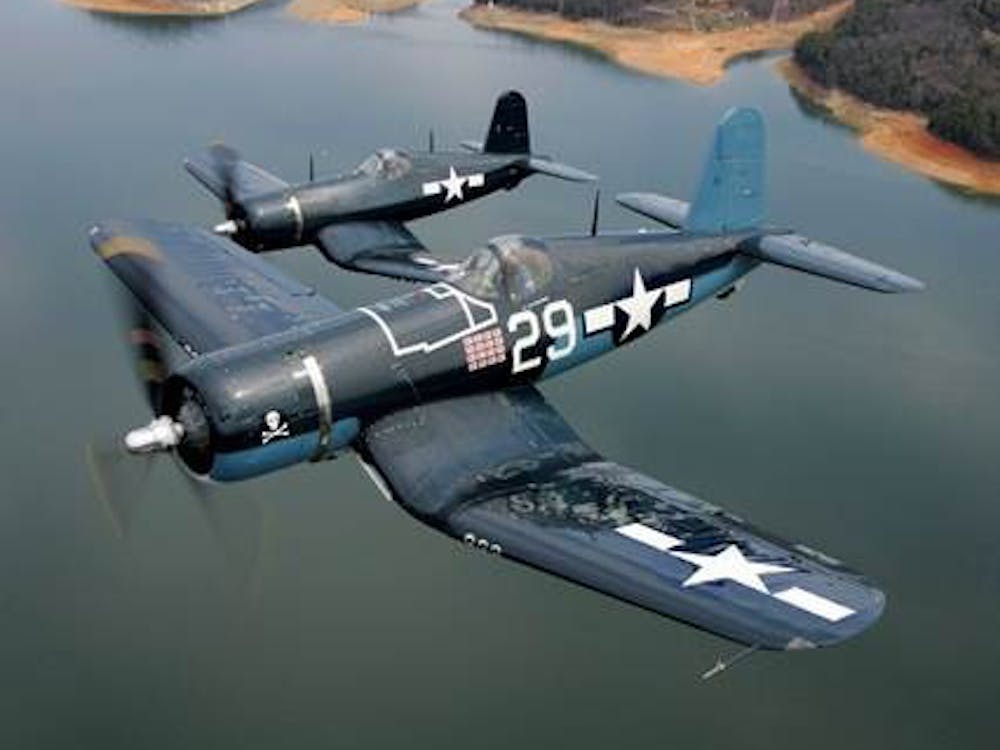