A spokesperson from the LGBT gives queer people of color a voice in the Student Government.

The Student Body Senate held its first official meeting Tuesday, Sept. 10. QTPOCC Coordinator Ariana Khan observed from the gallery and was able to voice her concerns about the Queer and Trans People of Color Collective not having an adequate voice on campus. QTPOCC is a support group for queer people of color.

Previous QTPOCC Coordinator Tay Little emphasized the importance of this collective being an open, empowering space and a step toward developing a strong queer community here at EMU.

“This group serves as a way to openly engage in dialogue around what it means to be a queer person of color,” Little said. “We understand the importance of the intersections of race, gender, sexual identity and other identities. This space is for every queer person of color regardless of immigration status, United States residency, how open they are to others about their gender identity and/or sexual orientation, where they stand politically and what level of understanding they have about intersectionality.”

Khan came representing the LGBT Resource Center and voiced her concern about under-representation for queer students of color at EMU and how she hopes to work with the Student Body Government to improve in this area.

“What the queer community as a whole would want from EMU Student Government, it's best summed up by our want for diversity and representation,” Khan said. “There are many ongoing issues that queer students face that are directly related to their non-heteronormative identity and the first step to resolving any issue is addressing it. As the meetings progress, we hope to have our concerns heard and, ultimately, see at least some of our common complaints be alleviated over time.”

Originally Khan came with the intention of being a delegate for QTPOCC in the Student Government, however, the delegate requirements state that the group in question must be a student organization in good standing at EMU for at least two consecutive years. Since QTPOCC is a collective and not an organization, the current requirements would not allow Khan to join Student Government as a delegate.

Although the Senate said Khan could not become a delegate for QTPOCC, Senators heard Khan’s concerns and expressed their support for the collective.

“You can reach out to anybody in the Senate but I wanted to tell you that personally, I look forward to working with that group about welcomeness and making sure you all have a place on campus,” Hollings told her.

Several Senators expressed their frustrations alongside Khan knowing that there are voices on our campus that are not adequately represented or spoken for.

Sen. Alexa Cooley offered the suggestion that the delegate requirements could be amended to allow for more inclusiveness both in Student Government and throughout campus.

“Maybe this is something we could go through procedurally at another time but don't we have delegates serve to represent? They come here because there is an under-representative population that is a large portion of our student body that is not shown in the Senate and that’s why they’re delegates. And right now they’re tied to organizations but maybe in the future they don’t need to be,” Cooley said.

The question that then arose among Senators was how many people feel underrepresented and how many will they allow to join and have a voice in the Senate. For now, the Senate’s solution to Khan’s concerns is for her to attend Student Government meetings as a member of the gallery and voice her concerns to Senators, since any student is welcomed to be part of the gallery. 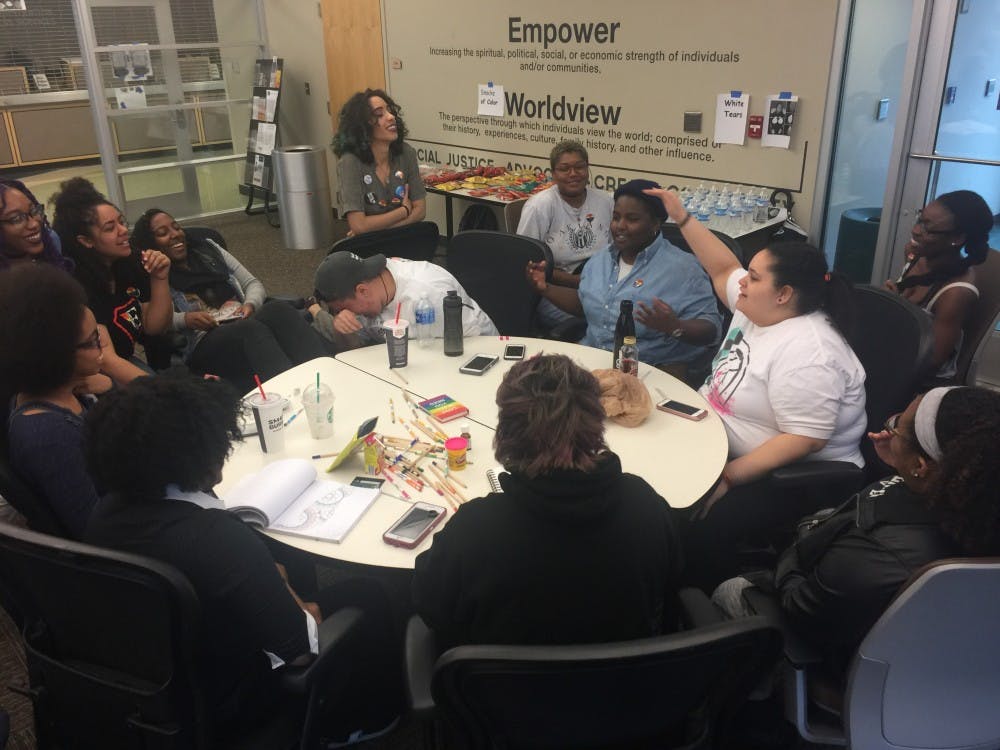