In this week’s news overview, we’re bringing you updates on the Pease Auditorium Lot carjacking, a preview of Student Government’s upcoming physical and mental wellness programming, and important news about the Business and Finance Committee budget.

In this week’s news overview, we’re bringing you updates on the Pease Auditorium Lot carjacking, a preview of Student Government’s upcoming physical and mental wellness programming, and important news about the Business and Finance Committee budget. Following our news briefing is your guide to Eastern’s 99th Annual Homecoming Week Festivities.

Last Tuesday, a student walking to their car in Pease Auditorium parking lot was approached by two individuals demanding their keys and money. The suspects fled the scene in the victim’s 2010 Dodge Charger. EMU Police have since recovered the vehicle and arrested two suspects.

Student Government’s Student Services committee met last Tuesday to discuss programs in the works for “A Better You At EMU”, a week dedicated to student health and wellness. Committee members discussed programs concerning nutrition and dietary resources, physical activity, sexual and reproductive health, mental health among black and male communities, financial literacy, and general life planning. The committee also intends to arrange an information session explaining the process of changing one’s preferred name and pronouns through my.emich. “A Better You at EMU” is still early in its planning stages, and updates will follow as the event nears.

Student Government’s Business and Finance Committee, also met on Tuesday. The Committee, whose role is to provide funding to various campus organizations, allocated more than double what was originally budgeted at their first meeting on September 17th, spending a total of $13,200 on four student orgs and two club sports. At the most recent meeting, the Committee allocated significantly less, spending a total of $5,526 on three student organizations and two club sports.

While the Eagles may have lost 42-16 in the game against Central Michigan this weekend, we’re hoping to see the team bounce back in their homecoming game against the Ball State Cardinals this Saturday, October 12th.

Students and staff alike are gearing up for EMU’s 99th Annual Homecoming. Festivities celebrating the event will be taking place across campus all week. Here’s what you can look forward to:

On Tuesday evening, be sure to bring some friends to the Student Center auditorium, where several metro-Detroit comedians will be performing from 9 to 10. The show will be free and open to the public.

On Wednesday, you can stop by the Student Center patio to pick up some free food at the Campus Picnic. Homecoming t-shirts will also be available during the picnic for exchange.

On Thursday evening, students are invited to go all out in their best formal attire at the 99th annual Green & White Ball. You can enjoy a free night of music, dancing, and photo ops from 8 to 11 in the Student Center Ballroom.

Festivities will continue on Friday to carry us into homecoming game weekend. Homecoming Court Finalists will be announced at a pep rally beginning at 5:30 in the Lakehouse amphitheater. The Student Center block party will begin immediately after. Music, games, and food from local businesses will be available on the patio from 6 to 8.

On Saturday, groups can begin tailgating on Rynearson’s front lawn at 11. Attendees are also invited to line the sidewalk leading into the main gate at 11:45 to cheer on the football team as they enter the stadium.

The game against the Ball State Cardinals will finally begin at 2 o’clock.

All homecoming week events are listed at emich.edu/homecoming. Full length articles covering each topic of today’s news briefing are featured on easternecho.com. And as always, print editions are available across campus all week.

Happy Homecoming, Eagles, and thanks for tuning in to the inaugural episode of The Eastern Echo Podcast! We’ll be back next Monday with an updated news briefing. This is Ronia-Isabel Cabansag, signing off. 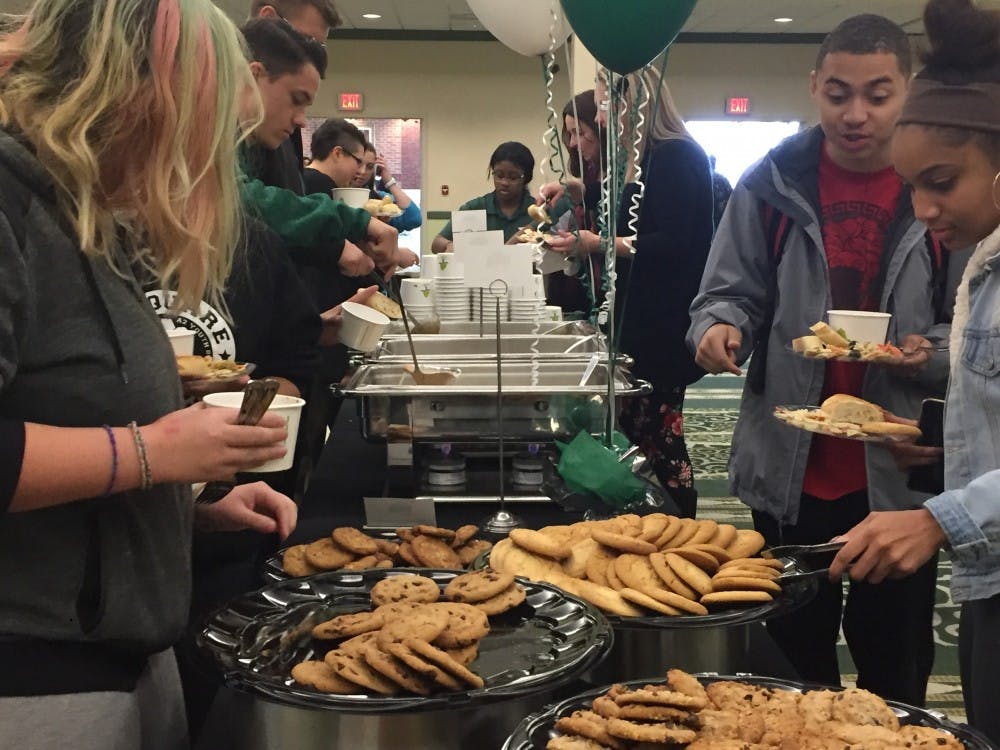