The Student Senate passed Resolution 106-08 and 106-09 after discussing benefits of each.

During the Senate meeting on Tuesday, Nov. 5, two resolutions were passed.

The first resolution, Resolution 106-08, was written by Sen. Colton Ray and is a proposal to create an ad-hoc committee focused on the issue of housing and food insecurity. An Ad-hoc committee works on a particular goal or issue and once the committee achieves what it set out to do, it is dissolved.

“I have been working on this resolution for the last few weeks now and I’ve been trying to compile information to show why we need this,” Ray said. “If you’re not aware, 56 percent of students who filled out the Swoop’s food intake form report housing insecurity and that’s a 42 percent increase from the year prior. That does have something to do also with the definition of what is housing insecurity, the definition is slightly altered, but nonetheless that’s very alarming. Something that isn’t in this resolution that I found out is that from the 2016-17 year to this year, the average amount of Swoop’s users has gone from nine on average per day to 23.”

Sen. LaTerricka Osborne said she fully supports this resolution since she is an avid user and volunteer at Swoop’s at EMU.

“As somebody that is in favor of this and somebody that also does use Swoop’s and I volunteer and actually I just did a food insecurity interview and one of the things from that was since it (Swoop’s) opened in 2015, our pantry alone has increased 193 percent of visits,” Osborne said. “The student hunger issue has went from one in 10 to one in three.”

With unanimous consent, Resolution 106-08 was passed by the Senate.

The Senate then discussed Resolution 106-09, which was authored by Student Body President Ethan Smith.

Smith said the idea was brought up during a discussion with Director of Donor Relations Matt Mortier.

“Basically what it is, is it came out of a conversation that I had with Director of Donor Relations Matt Mortier from the EMU Foundation and the Foundation is interested in starting to develop more of a relationship with students that are still undergraduates and just kind of raising their visibility because a lot of EMU students don’t even know that the EMU Foundation exists,” Smith said. “So his sort of proposal was what if the Foundation helped Student Government set up tables during GivingTRUEDAY which is the day that the Foundation uses to encourage as many donations as they can because you can get more media coverage and use it as a way to highlight special projects and things like that. So on that day the Foundation would help Student Government set up tables around campus so we can engage the student body about this Student Emergency Fund idea.”

After discussion with the Foundation, Smith said this idea will primarily bring attention to the Student Emergency Fund on campus.

“I thought it would be effective to do that in a way that places a minimal financial ask on students because obviously projects like this are designed to help students so the logic was that we could go out and ask for the minimum donation which is $5 and then Student Government would match every $5 donation given to that fund on that specific day,” Smith said. “So we’re not talking about a lot of money because you’d have to fill all three of those criteria for us to match. You’d have to be a student, you would have to give $5 on that day to the Student Emergency Fund. So that’s what this resolution in effect would do, it would help us get more media coverage. Student Government would be responsible for matching gifts that meet those three criteria.”

“The money would come from the Student Government Events (Non-Committee) Line Item up to ($837) anything more than that would come straight from the Reserves but it’s very unlikely in my mind that we would spend that much money,” Smith said. “That would be about 167 $5 donations from students which I think would be an optimistic number. If we got a number that high, that would be a good problem to have and I think it would be worth spending the money on.”

Sen. LaTerricka Osborne brought up the idea of allowing students to donate through Cash App and said she thinks more students would participate if donating through this app was possible. Smith said they are still working out the details, but liked this idea.

After a vote with 17 yes’s and zero no’s, this resolution passed. 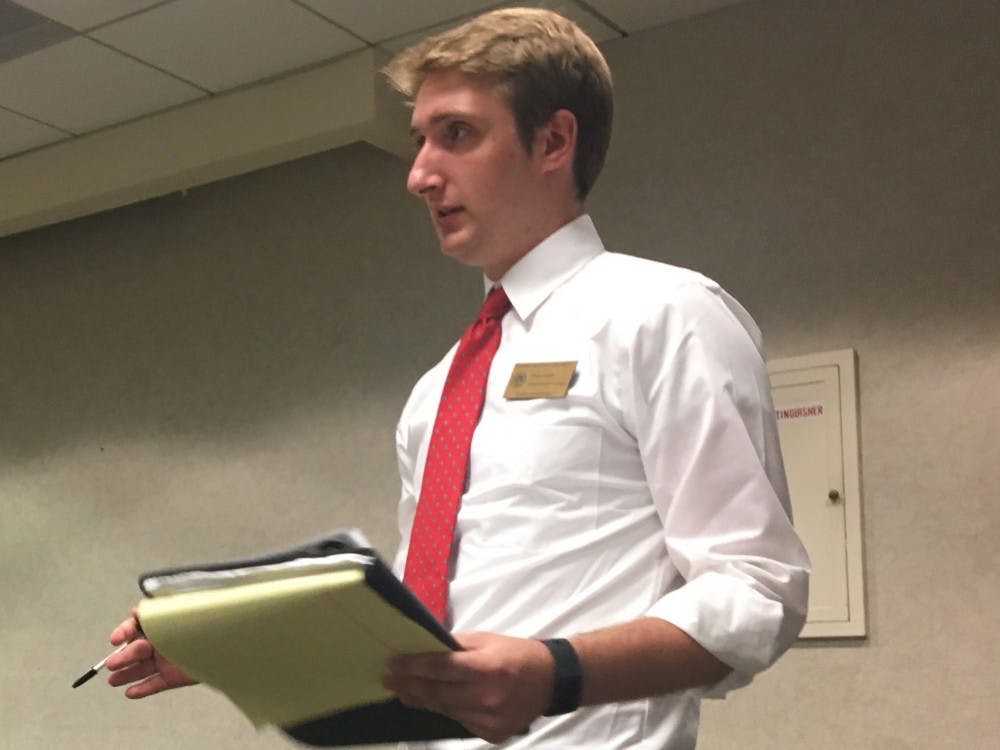