The Eastern Michigan Eagles football program are looking to reach their third consecutive bowl game next year and their quest will begin on Saturday, Sept. 5 when the Eagles travel to Lexington to face the Kentucky Wildcats. The remainder of the schedule will consist of eight conference games and five home games at Rynearson Stadium.

EMU will try to get revenge on Kentucky in the season opener after the Wildcats defeated Eastern Michigan 38-17 last season. After that, the Eagles will return to Ypsilanti for their home opener on Saturday, Sept. 12 versus Coastal Carolina. The Chanticleers hosted EMU last year as Chris Creighton’s team came away with a 30-23 victory.

In the third game of the season, Eastern Michigan will host Northern Illinois in the conference opener. The game is scheduled for Saturday, Sept. 19. EMU will get back on the road after hosting the Huskies, this time facing Missouri in Columbia on Saturday, Sept. 26. It will be the Eagles second matchup versus an SEC team.

Most college football teams will have their first bye week in the month of October but the Eagles will actually play five games in 28 days, beginning on Saturday, Oct. 3 against rival Central Michigan. The game will also be Homecoming for Eastern Michigan. After that, EMU will head to Athens to play the Ohio Bobcats on Saturday, Oct. 10.

The fourth and final non-conference game for the Eagles will take place on Saturday, Oct. 17 as EMU heads to play Army in West Point. The two teams played in 2018 at Rynearson Stadium and Army came away with a 37-22 victory. The last two games of October will be versus MAC rivals Toledo (Oct. 24) and Western Michigan (Oct. 31).

Eastern Michigan will get the following Saturday off after playing nine straight weeks. They will return to action on Tuesday, Nov. 10 against Ball State in Muncie, Ind. The last home regular season game will occur on Saturday, Nov. 21 versus Bowling Green. It will also stand as Senior Day for the Eagles.

The final regular season game of the year will take place less than a week later as EMU  is scheduled to face Miami (OH) on Friday, Nov. 27, the day after Thanksgiving. Eastern Michigan finished last year 6-7 after losing to Pittsburgh in the Quick Lane Bowl. Creighton and his team will look to continue improving, beginning with a battle at Kentucky. 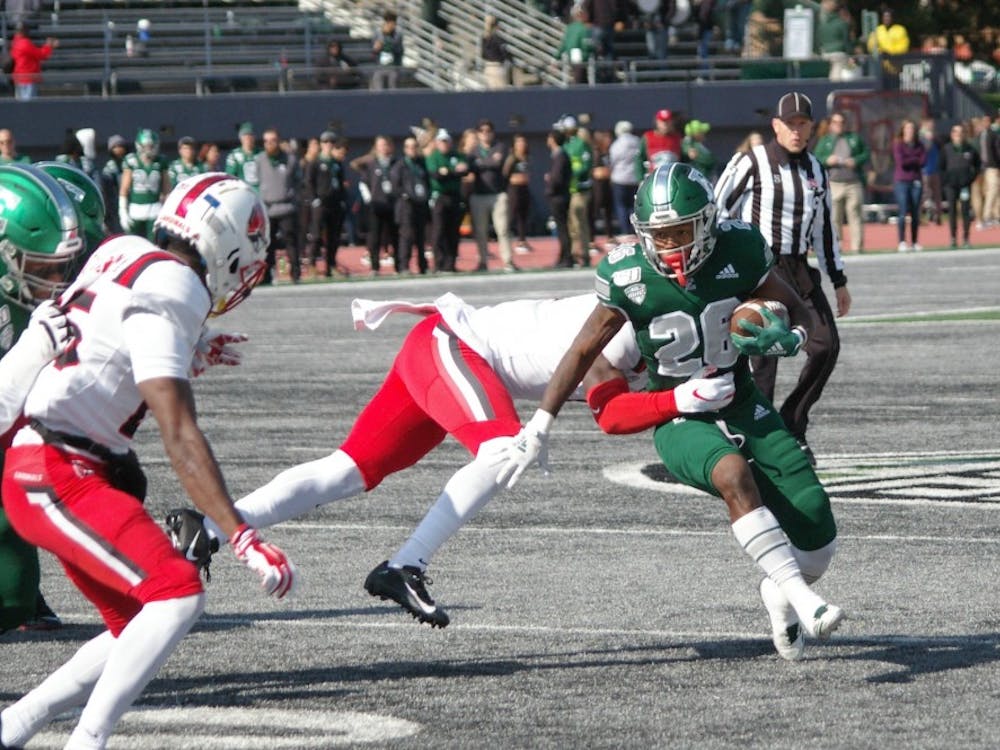