On top of collecting donations for food insecurity in the community, the food drive also serves as a birthday party in remembrance of Troop 4 Eagle Scout Tim Esch, who died at 18 years old in 2005.

Tim joined Troop 4 in 1998, and the food drive was something that Tim enjoyed participating in when he was scouting.

“He was enthusiastic about it,” said Jan Esch, Tim’s mother, who is involved with the food drive for Troop 4.

Troop 4 and the Esch family collectively decided that the food drive following Tim’s passing would be in honor of him and would happen during the time of his birthday.

“The troop was awesome in circling wagons around us,“ Esch said. "You’re never prepared for that sort of thing, and they provided us with things we did not even know that we needed."

Esch explained that her family is a part of the food drive birthday celebration every year as Tim’s sister, Julie, is a cupcake baker for the event, and Esch's husband, Dave, is also involved in helping with the event.

“Food Gatherers is grateful for the long-standing annual food drive led by the Esch's and Troop 4 in honor of Tim Esch,“ said Helen Starman, chief development officer of Food Gatherers. "Sometimes people are surprised to learn how much food insecurity exists in our community, and drives like this not only provide a valuable resource, food, they also raise awareness of the levels of food insecurity experienced by our neighbors and that there are community resources available for anyone experiencing it.”

Donations for the drive were collected only online last year during the pandemic. Since the online donations were a success, the troop continued that process this year, as well as getting back to collecting in person.

“This year we did sort of a hybrid,“ Esch said. "Where the website page was still there [for donations] but the boys were able to do some collecting around people they knew that they could be socially safe and distanced with and collect food safely. They [the troop] were so excited about it because they had been doing everything on Zoom during the winter, and they were so excited to do something in person.”

“Food insecurity spiked during the pandemic, and it will be slow to return to pre-pandemic levels,“ Starman said. "Food Gatherers provide more than 20,000 meals a day in Washtenaw County, and the efforts of Troop 4, along with other community groups and individuals, are an important part of our work."

In addition to hosting the food drive, the troop participates in community service projects and activities including the St. Helena Lighthouse restoration (which is how Troop 4 got their nickname of “Lighthouse Troop”), Toys for Tots, clean-up projects, weekly meetings, and camping. To join, reach out to scoutmaster Rick Meints. For more information, visit Troop 4’s website and Food Gatherer’s website. 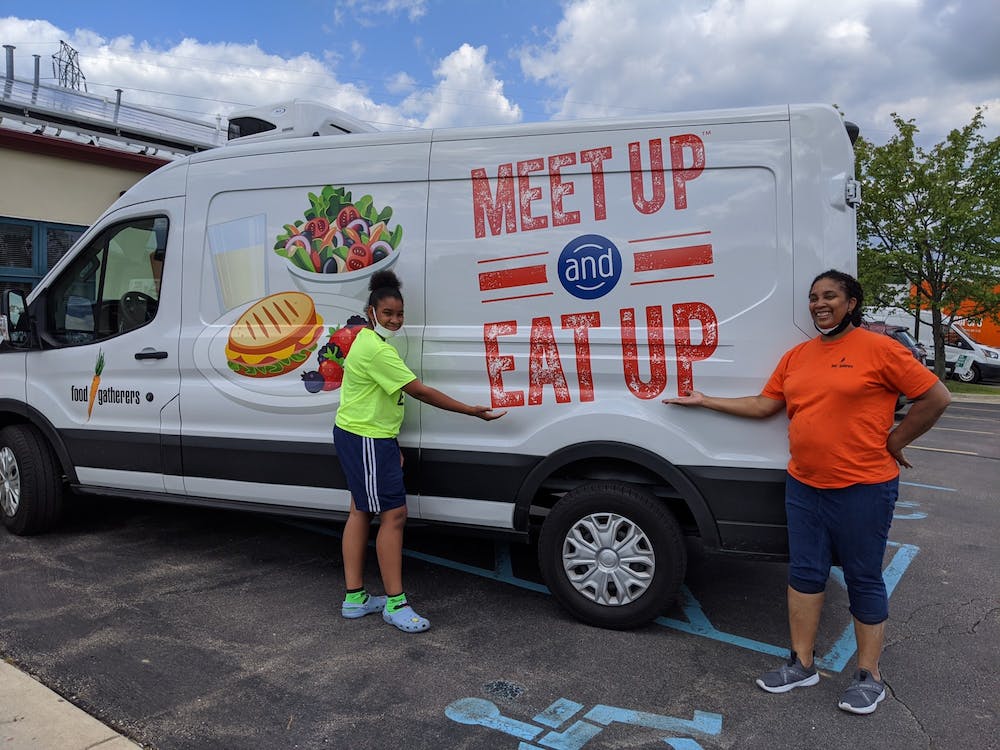