Find out more about EMU Digital Diva's providing STEM kits, as well as a petition about the new block tuition pricing model.

Jacob Kendrick: On this week episode, we’ll be discussing EMU and Gen. G announcing the arrival of several new esports programs for students, EMU's Digital Divas providing STEMkits to elementary and middle school students through their partnership with Ypsilanti District Libraries, an EMU student’s petition about the block tuition pricing model and online course fees, and a local Ann Arbor troop raising 60,000 meals during their annual food drive with Food Gatherers. I am your host Jacob Kendrick, and this is the Eastern Echo Podcast.

Gen. G is a leading organization that connects teams from China, South Korea, and the United States to build a more global future for esports. University President James Smith said the partnership with Gen. G is an asset to the university and its students.

Smith stated the following in a written announcement on the partnership:

“Engaging students in gaming competitions is a fun and exciting way to create new friendships as well as establish campus pride. Even more significant, from my standpoint, are the opportunities to share with our students the many career prospects in the exploding esports industry, which can include everything from arts and graphics, to business and marketing, to science, cybersecurity, and technology.”

A great part of this partnership is the revival of the Eagles Gaming Club, an on-campus organization that plans to bring esports events to campus. They also plan to begin esports camps in partnership with Gen. G and host a Gaming Careers Speaker series, to teach students about career opportunities and how to apply their degrees to gaming.

Charles Spencer, assistant director of esports and programming at EMU told the Echo: “Through the partnership, we’ve gotten a lot of connections between talent and overall, really connected students a bit more to the esports industry...I think people are seeing the similarities between traditional sports but at the same time how it is still different. I think what’s missing is how global this thing has gone and how teams are not locked in one region."

In other university news, an EMU student has started a petition in response to the new block tuition model, as well as the reinstatement of online course fees.

EMU senior and computer science major Faizan Akheel started a petition that has amassed over 1,400 signatures since its creation. Akheel, an international student from Saudi Arabia, has been heavily impacted by the new policy changes, as he is not eligible for federal student aid.

Akheel told the Echo: “Maybe my petition will be able to convey my message, and it’s not like I’m lashing out on them or something. It's just a polite request because the pandemic has taken a toll on all the students, especially for students like me who are international trying to come from one place across the world to the U.S. to study and achieve their dreams.”

Before creating the petition, Akheel attempted to reach out to a variety of university offices, but often received automated messages back, or was directed to scholarship applications he did not qualify for.

In addition to the new block tuition model, many were surprised to hear that online course fees would be returning for the fall 2021 semester. The university charges $80 per credit hour for online courses and $60 for hybrid ones, which can add up to a lot of extra money. Even with the pandemic dialing down, there still seems to be many programs that are offering solely online choices.

The tuition changes have sparked online discussion by Eastern students across social media, including the EMU Engage app.

In other Eastern news, EMU Digital Divas has provided STEM kits to young students in the Ypsilanti area.

EMU Digital Divas started 11 years ago to help promote STEM fields to middle and high school girls. They have recently teamed up with Ypsilanti District Libraries to hand out five specialized kits to Ypsilanti community youth. The objective of these project kits is to introduce STEM to school-aged children in a stress-free environment where they can have fun and create, while also learning and retaining useful information that could be beneficial to them in the future.

“It's infusing terminology and hands-on application to these kids in the back of their minds it’s going to stick even if they don’t know exactly what we’re doing. The future is technology, let’s not kid ourselves. Even knowing the terminology is a big deal and that's what these stem kits are helping with, and they are introducing different careers to these kids.”

The kits are being distributed by the Ypsilanti District Libraries through their Summer Challenge Champions program.

The event also serves as a birthday celebration for Tim Esch, a Troop 4 Eagle scout that passed away in 2005 at the age of 18. Tim joined the troop in 1998, and the food drive was something he was always enthusiastic about.

Troop 4 and the Esch family collectively decided that the food drive following Tim’s passing would be in honor of him and would happen during the time of his birthday. Ever since the entire Esch family is a part of the food drive birthday celebration each year.

Helen Starman, chief development officer at Food Gatherers told the Echo: “Food Gatherers is grateful for the long-standing annual food drive led by the Esch's and Troop 4 in honor of Tim Esch. Sometimes people are surprised to learn how much food insecurity exists in our community, and drives like this not only provide a valuable resource, food, they also raise awareness of the levels of food insecurity experienced by our neighbors and that there are community resources available for anyone experiencing it.” 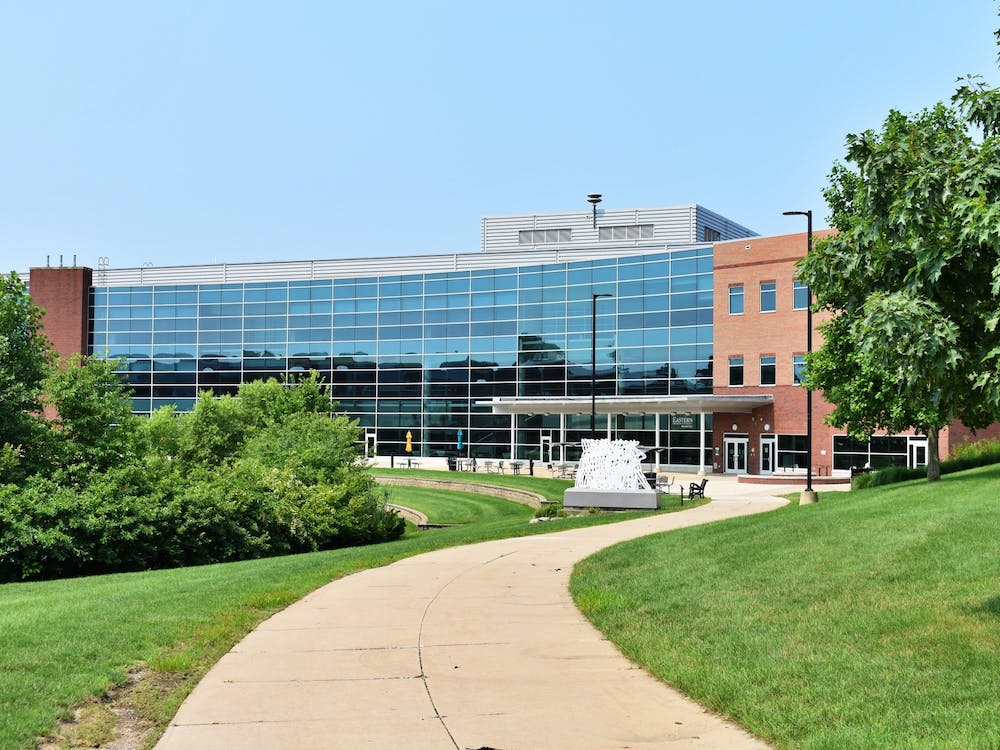