Jacob Kendrick: On this week's episode, we’ll be discussing Ypsilanti Community Schools launching a full-time remote program in the fall, as well as the EMU a cappella group Summit Street releasing their debut album, and a local Ypsilanti rapper on "America’s Got Talent.” I am your host Jacob Kendrick, and this is the Eastern Echo Podcast.

This fall, Ypsilanti Community Schools will begin offering a new year-round remote learning program. The program will be structured as a general day of class instruction, starting at 8 a.m. and featuring breaks, small group-specific meetings, and projects. There will also be field trips and community service projects with local organizations, as well as opportunities for students to meet in person with their classes.

The new program started in August 2020 when the district decided that grades K-8 were going to continue school online. Kier Ingraham, assistant principal of the YCS TK-8 Online Learning Program, is hopeful for the future of the program and how it will bring students closer to their communities.

Kier Ingraham: "Later, I’m hoping that it will increase the joy of learning. That students will find that joy through the projects, through the community. They’ll understand that they can learn anywhere and it’s not just at school.  But that school, whether they go back to a traditional classroom at some point, or once they go to college, they know how to gain those skills for learning, but that they really have the joy that they’re seeking out to learn."

Jacob Kendrick: Cindy Smith, an educator at YCS for two years, found that using online programs like Kahoot! and Quizlet not only helped students with progressing their learning skills but also helped her assess which students needed more help or were ready to move forward. Smith was involved heavily in the development of the program, including creating the logo, scouting buildings for in-person meetings, and being available to answer questions from concerned parents and guardians.

Smith hopes that students will be able to benefit from the option as it will allow them more flexibility with their schedules and advanced education.

Cindy Smith: "I am looking forward to the student-parent-teacher relationships that are going to build stronger and stronger as we move forward in this program and the success of the students themselves as they feel and see that they can still be part of a connected community."

The recording process for the album began shortly following the beginning of the 2021 winter semester at EMU. The group members had rehearsal tracks that they took into the studio to practice, and each had their own individual sessions to be in compliance with COVID-19 regulations. The Vice President and interim tech Director of Summit Street David Garvey produced and engineered the album.

During the recording process, he emphasized the importance of cleanliness and safety for the performers.

Garvey said to the Echo:

“Each of the singers did two sessions that were about two to three hours long. After they were done, I would go in and clean and make sure everything was OK, and that’s the way we got through all of the songs.”

Songs were selected for the album by members and approved by the music director. Among the pieces chosen and arranged for the album are songs like “All of Me” by John Legend, “Someone You Loved” by Lewis Capaldi, and a mashup of Awolnation's “Sail” and Hozier's “Take Me to Church.”

Noah Askew, president and member of Summit Street, felt that the group was able to turn the negative of being separated by COVID into a positive in a number of ways, but especially in getting closer as a group.

Askew told the Echo: “Hearing a mix of everyone’s audio being played together and listening to that as a group through Zoom was always such a rewarding experience. Everyone in the group is so talented and to hear them all together is such an honor and phenomenal experience.”

KidJay began his music career at an early age of 15 years old in his hometown Ypsilanti, Michigan. With the support of friends, family, and the local community, his talent and music began to gain attention while putting on his own talent show at his school, which were the first stages of beginning his own career. He aims to write music that people of all ages can enjoy.

KidJay told the Echo: “I make music that is not as inappropriate as other hip-hop music nowadays because it has so much negativity on it. I just wanted to preach to the youth that you don’t have to follow a stereotype and that it is OK to be different because if anything, it makes you special.”

His appearance on Season 16 of AGT was not his first, as he had auditioned previously when he was just 16 but did not make it at the time.

For his recent appearance, KidJay flew out to California with his father. When it was time for the performance, KidJay shared that he was very nervous but ready. KidJay’s story described how thankful he is for his family and their support. Before his performance, Cowell asked KidJay, “What brought you to AGT?” KidJay responded, “To give back to my family for all of the sacrifices they’ve made for me.” 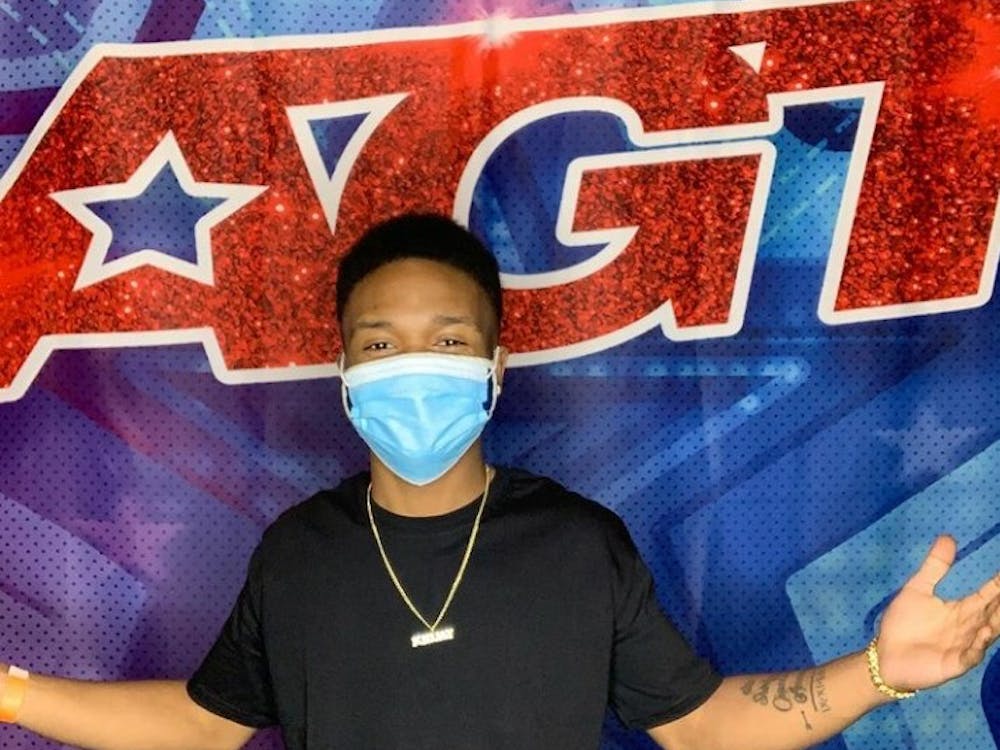