No appointments are needed for either the booster shots or initial doses of all three vaccines. The health department recommends individuals bring identification and their vaccine card, if applicable.

For those who received the single-shot Johnson & Johnson vaccine, the Washtenaw County Health Department recommends receiving a second dose at least two months after the initial dose.

For those who received a Pfizer or Moderna two-dose mRNA vaccine, a booster shot is recommended at least six months after the initial shot, the health department said. Those who are currently eligible are:

The Washtenaw County Health Department recommends that individuals direct questions about which vaccine they should receive to their health care provider. More information and times for the vaccine clinic are available on the health department’s website, washtenaw.org.

Next, annual reports released by the Michigan State Police show an increase in felonious assaults in Washtenaw County between 2019 and 2020.

According to the statistics, felonious assaults, which are described as an attack with a dangerous weapon, increased in Washtenaw County from 780 in 2019 to 935 in 2020, which is a 16.5% increase. Ypsilanti and Ypsilanti Township made up about 60% of those felonious assaults in 2020.

Washtenaw County Director of Community Engagement Derrick Jackson said to the Echo: “Assault and battery is the most common crime related to felonious assault we’ve seen in Washtenaw County in 2020.”

According to Washtenaw County District Attorney Eli Savit, the main concern and the most common felonious assault crime in Washtenaw County is domestic gun violence, especially in the eastern townships and cities. During the pandemic lockdown when many schools were closed, adults with criminal records seized the opportunity to sell guns on the black market, not only to adults, but also to teens.

District Attorney Savit said to the Echo: "This increase in felonious assault can be traced to the lockdown during the pandemic. Lock your car doors if you have a permit and a firearm in your vehicle. This will prevent your firearm from being stolen and being sold on the black market. Washtenaw County is vigorously pursuing these felonious assault cases. We are taking responsibility to prevent criminals with a history of gun violence from having access to guns. We want these criminals to know that they will be prosecuted to the fullest extent after being charged with gun violence. Also, the sheriff’s office has partnered with community groups on violence interruption strategies, which seek to stop gun violence before it occurs.”

Gun violence continues to be a problem throughout 2021 as Eastern Michigan University students have been periodically notified by the university throughout the semester on shootings near and on campus. EMU and Ypsilanti Police previously investigated unconfirmed reports regarding two individuals allegedly seen on EMU's campus October the 15, one reported to possibly be holding a long gun.

From Washtenaw County Director of Community Engagement Derrick Jackson, "We hope to end gun violence in Washtenaw County through our use of public safety services and social justice services.”

The Rape Aggression Defense System at Eastern Michigan University are offering free classes on realistic self-defense tactics and techniques that began Monday, October the 25th, and will continue for the next six weeks.

The course for women at EMU’s Recreation/Intramural Sports building begins with awareness, prevention, and avoidance, then moves toward hand-to-hand defense training.

Cathy Wilman, EMU Police Department’s community relations officer, said in an email: “We want to give women more options to defend themselves,”

Alongside the EMU police department, Wilman oversees the program and is the lead instructor. They teach as a team, and all instructors are certified in Rape Aggression Defense System, Wilman said.

According to the nation’s largest anti-sexual violence organization, Rape, Abuse & Incest National Network, men attending college ages 18-24 are three times more likely to be sexually assaulted. Women of the same age who are not attending college are four times more likely to be assaulted than other women. This is one of the reasons the class is open to non-EMU students as well and will soon also be offered to men.

Harley Bell, a student at EMU said in an email: “The class helped me understand how to properly defend myself and present myself when potentially faced with danger,”

Officer Cathy Wilman continued: “There is so much great and practical self-defense information out there and we want to make sure anyone who wants to take steps to increase their personal safety can. Self-defense isn’t just about the techniques used, it’s about recognizing the threat early and doing what can be done to avoid it. It is never someone’s fault if they are sexually assaulted. Rape happens because of rapists, and the Rape Aggression Defense System is offered to help individuals have more ways to protect themselves from someone wanting to harm them.” The class usually meets once a week for about two hours and runs for six weeks, ending Nov. 29. To get more information about the class or to sign up, contact Cathy Wilman at 734-487-0987 or through email at cgeyer@emich.edu. 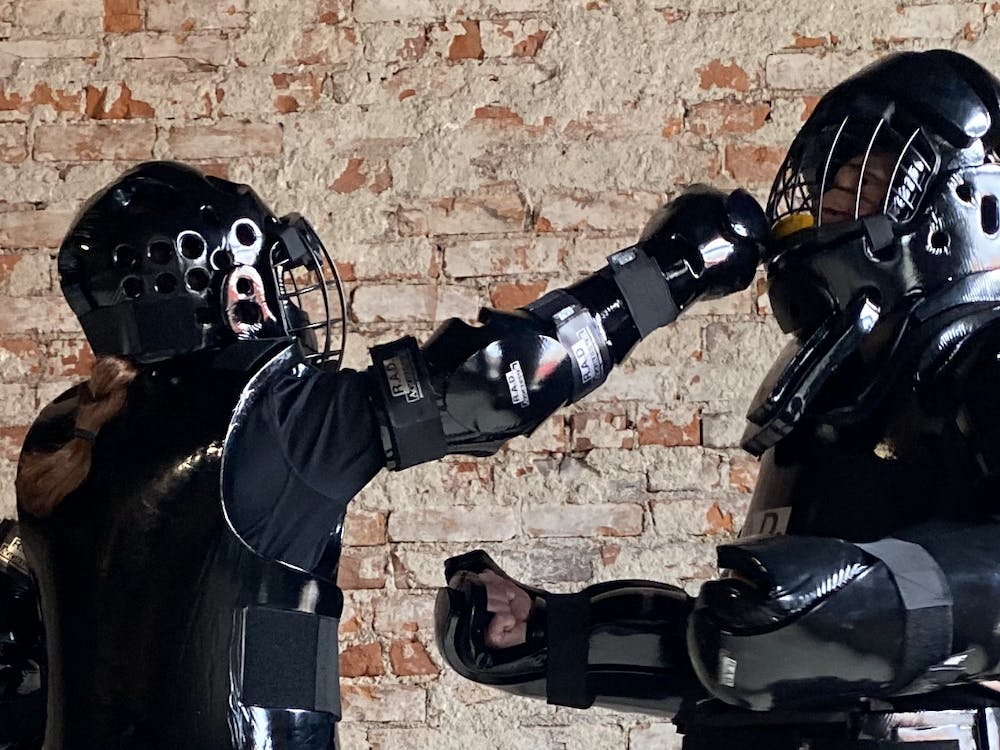