Noah Farrakhan tied a career-best 27 points against the Huskies.

EMU’s mens basketball team traveled to Dekalb, Illinois to face the Northern Illinois Huskies (5-8, 2-1 MAC) Jan 15, after a two week home stand. The Eagles ultimately came up short against the Huskies, dropping the season record to 7-8 overall, 2-2 in the Mid-American Conference.

In the first half of Saturday’s contest, the Eagles led for a short period 12-10, but unfortunately, the lead didn’t last long. Headed into the locker room at halftime, the Eagles trailed 39-32. Returning for second half, the Eagles were able to get ahead 50-48. A free throw from NIU’s Kaleb Thornton put NIU ahead of the Eagles, and the Huskies never looked back, leading the remainder of the matchup, outscoring EMU 77-70.

As a team, the Eagles shot 56% from the three point range, finishing 9 for 16 reported by EMU Athletics. The last time the Eagles made nine three-point shots was against Indiana on Nov. 9.

18 of the 70 points scored by the green and white came from the 16 turnovers forced by the EMU defense.

Senior Darion Spottsville had a stellar performance against NIU adding 11 points, four assists, two steals, five rebounds, and a block for the Eagles. Spottsville went 1 for 1 in threes and 4 for 4 behind the free throw line. 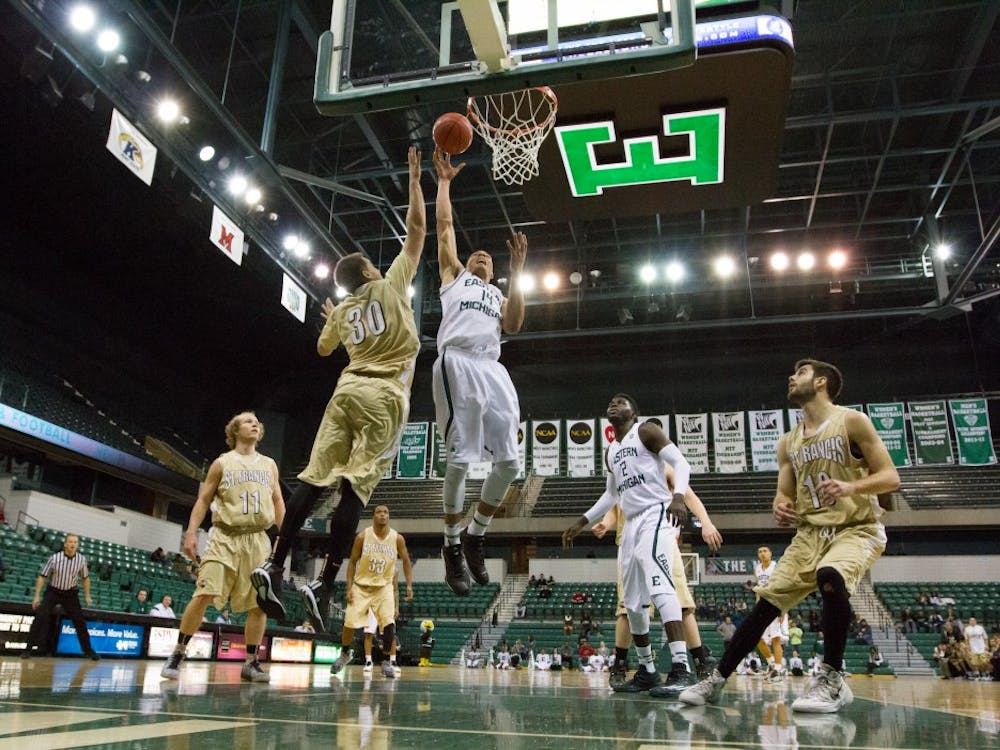 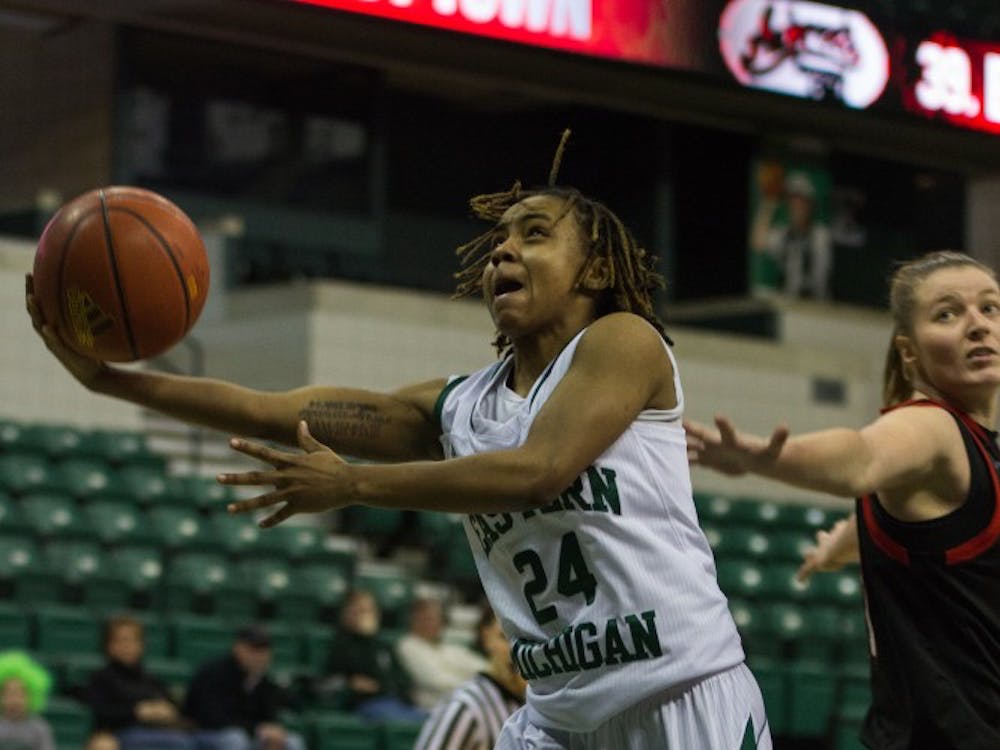 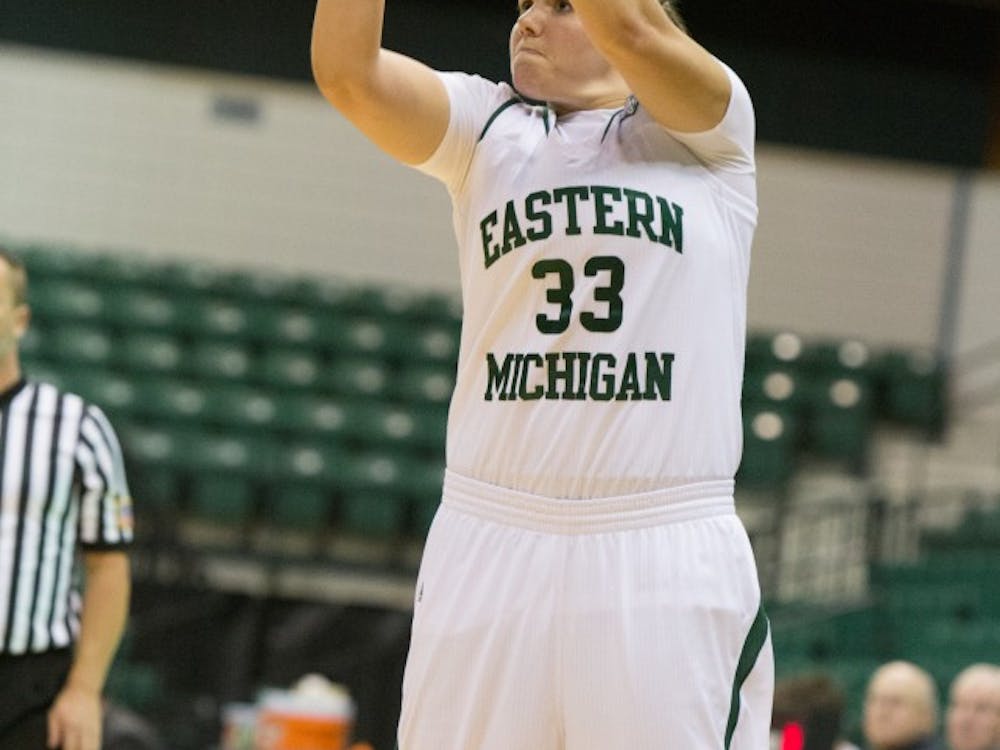