The Eagles fell to the Bobcats, 81- 68, which marked their 13th loss in the season. The Bobcats on the other hand, improved to 12-1 at home, winning their fourth straight game against EMU. This marked the first matchup between the two in the current season; originally supposed to play on Dec. 28, but became postponed due to COVID-19.

The Eagles struggled right out of the gate, as Ohio University started off with a 12-4 lead going into the first media timeout. Down 19-6, EMU went on a 9-2 scoring run to cut the lead to 21-15. After trading some baskets, Ohio would keep their advantage at double-digits for the remainder of the half and took a 44-34 lead on the Eagles heading into halftime.

Ohio continued widening their lead after intermission, going on a 17-2 run to increase their advantage, 64-38. EMU answered back, going on a 13-2 run of their own, helping cut the lead to 66-51. The late scoring efforts by the Eagles weren’t enough, as Ohio would close it out, 81-68, and improve to 18-3 for the year.

Defensively, the Eagles forced 14 turnovers from the Bobcats, and McBride, along with freshman Noah Farrakhan, each recorded a pair of steals. EMU also out-rebound the Bobcats, 32-29, as Njie and Scott each grabbed six rebounds. Njie, and seniors Darion Spotsville and Monty Scott all recorded a block.

Up next, EMU will stay on the road and head to Kent, Ohio to face-off against the Kent State Golden Flashes on Saturday, Feb. 5. Tipoff is scheduled to begin at 2 p.m. and will be streamed live on ESPN+.

The Eagles will conclude their three-game road trip against the Buffalo Bulls on Tuesday, Feb 8., inside Alumni Arena. Tipoff for that game is scheduled for 7 p.m. and will be streamed live on ESPN3. 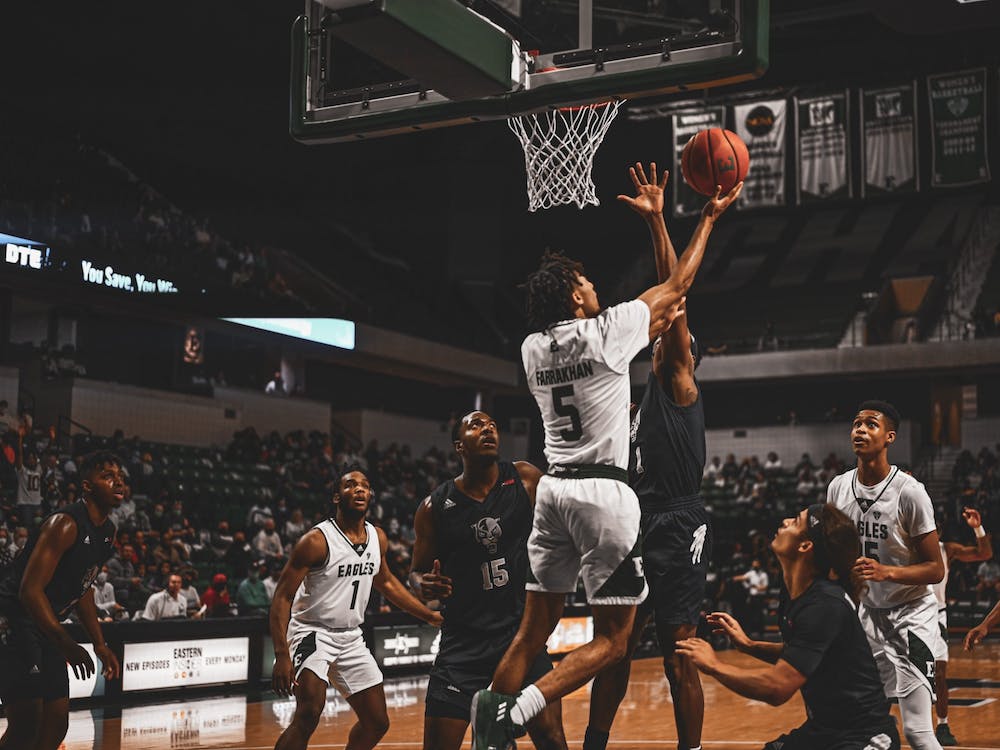