The Eagles were defeated 75-51 by Mid-American Conference leaders, University of Toledo

A hard-fought first quarter ended with EMU and UT tied at 15 points in the 1st quarter. In the second quarter, UT took off, outscoring the Eagles 19-8. Entering the second half, the Rockets tallied 23 points while EMU fell short with 18, and the fourth quarter resulted in 18-10 UT. The Rockets dominant scoring effort continually outpaced the Eagles, leading to a 75-51 victory.

Despite the loss, this game was special to the Eagles as they honored nine EMU seniors alongside their family and friends. Those recognized for Senior Day were Juanita Agosto, Terrysha Banner, Areanna Combs, Toyosi Abiola, Natalia Pineda, Kylee O’Hara, RayJon Harris, Courtnie Lewis, and Danielle Rainey.

“Seeing the process, seeing how hard her work ethic is in practice, after practice, before practice, in the weight room. It’s insane. She has a motor that a lot of people don’t have,” said Pinkney.

Redshirt Sophomore Ce’Nara Skanes led the Eagles with a double-double of 13 points and 10 rebounds. Skanes marked 11 double-doubles on the season. In 23 of 45 (51 percent) career games Skanes has finished with a double-double, which is better than anyone in Eagle history. Courtnie Lewis also contributed six points and eight rebounds for EMU. Freshman Lachelle Austin had nine points off of the bench.

The Rockets ended up with 14 turnovers, which turned into 10 points on the offensive end for the Eagles. Skanes also completed three steals for EMU.

On Mar. 2, the Eagles will travel to Western Michigan University in Kalamazoo, MI to battle with the Broncos at 7 p.m. in Read Fieldhouse. After that, EMU will have the last regular game of the season against Ball State University in Muncie, IN at 1 p.m. in Worthen Arena before the Mid-American Conference Tournament starts. 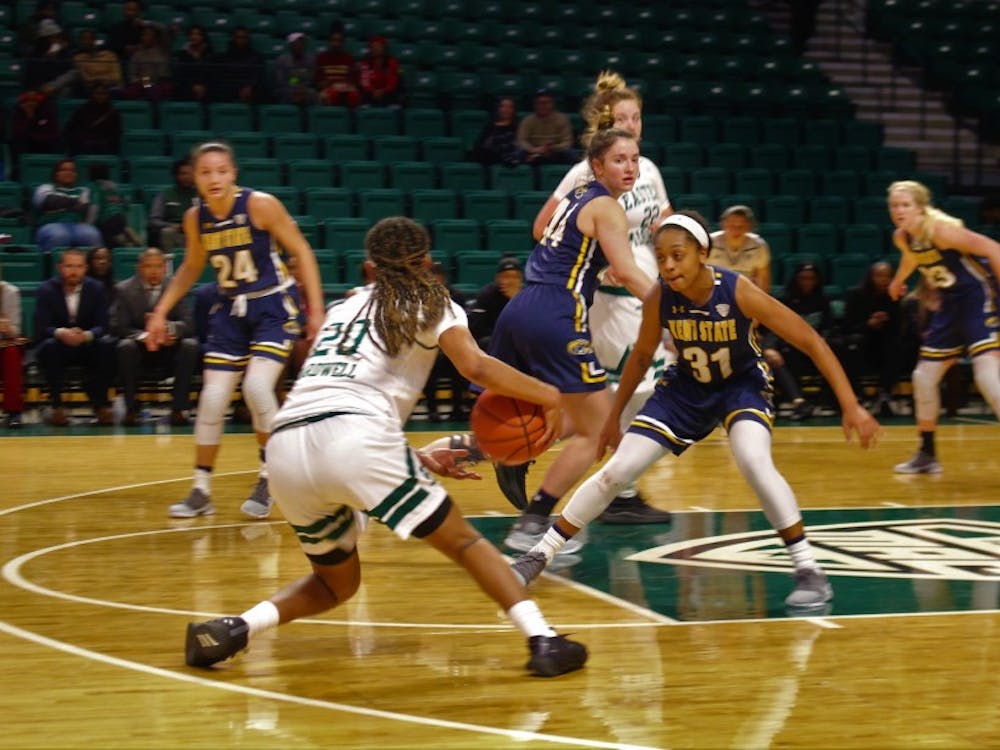