EMU's Evergreen club provides a stress-free alternative to the choir

“Honestly, my classes exhaust me of my energy,” said Eastern Michigan University music student Dasia Zientek. Zientek is enrolled in 12 credits, the minimum for a full-time student, with nine classes. In addition, Zientek is the secretary to an alternative to the academic choir found at EMU: Evergreen.

“We are all just trying to get through it... it easily leads to burnout,” Zientek said.

However, Evergreen provides a stress-free alternative for music lovers, said Alyssa Malbon, an Evergreen member for two years. EMU has several acapella groups – Evergreen, Emerald Harmony, and Summit Street. Zientek said that the different acapella groups are “all rooting for each other rather than competing, and it makes the entire community that much better.”

Malbon said that Evergreen has been around since 2016 and meets Monday and Wednesday from 5 p.m. to 7 p.m. During the 2021-2022 season, the group practiced in the New Life Church, 812 Ann Street.The church is located across the street from campus. Evergreen accepts members regardless of their major, said Zientek.

Thomas Larner, serving as president for the second consecutive year, said, “We build community and strive to bring people together beyond the powers of music.”

The practice spot for the 2022-2023 season is still to be determined. This season Thomas Larner is president, Catherine Lietz is vice president, Zoe Spencer is music director, Dasia Zientek is secretary, Nicole Mroczek is treasurer, and Mavis Clawson is the Social Media Coordinator. Evergreen’s Instagram is @emuevergreen.

Larner stated that the songs they plan to perform this year are Kyoto, by Phoebe Bridgers; Don’t speak, by No Doubt; Mamma Mia! Medley, by Stig Anderson; Still Into You, by Paramore; I Only Have Eyes For You, by The Flamingos.

There will be more arrangements as the year progresses, said Larner.

Malbon said that Evergreen contains all four voice parts; The four parts are soprano, alto, tenor, and bass. Evergreen plans on competing in ICCA, International Championship of Collegiate A Cappella, this year.

However, Zientek stated that practices are full of friends, songs she likes, and no judgment. Zientek encourages students to join her safe space and de-stressor. 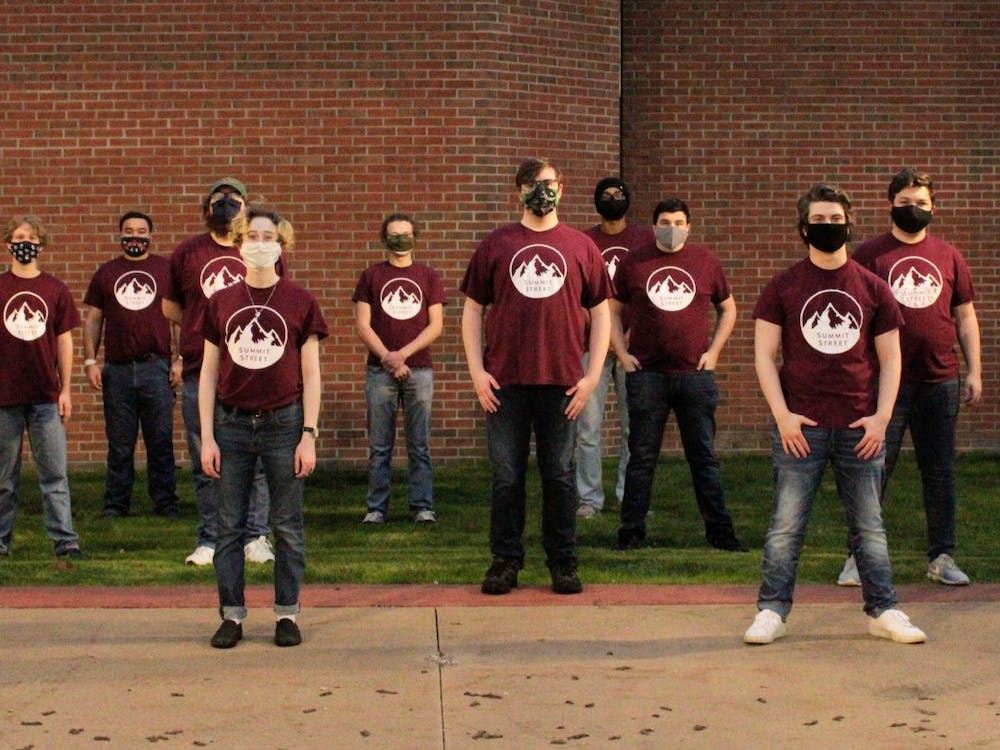