Proposed contract for EMU-AAUP to be voted on this week

Meeting set for Tuesday to ratify tentative agreement with EMU-AAUP.

A meeting has been set for Tuesday, Sept. 20 for members of the Eastern Michigan University chapter of the American Association of University Professors (EMU-AAUP) to ratify proposed contract improvements including gains in salary and retirement compensation as well as protection for health care coverage.

Voting on ratification of the agreement will take place by secure e-mail balloting over a 72-hour period, and results are expected to be available on the evening of Friday, Sept. 23.

·      a raise of four percent or $4,000 in base pay in the first year of the agreement, whichever is larger. Pay increases will be as high as 7.4% for the lowest-paid faculty members.

·      a 3.5 percent increase in year three, compounded on top of year two and year three increases.

·      The parties agreed to a salary re-opener in the fourth year of the agreement, to protect EMU-AAUP members in the event of continued inflation.

“We have important gains and protections in our proposed agreement because our members displayed extraordinary solidarity throughout the negotiating process, and we received tremendous support from our students and our community during our strike,” said Matt Kirkpatrick, associate professor of English language and literature at EMU and chair of the EMU-AAUP negotiating team. “Now it’s time for members to evaluate the proposed agreement and make a decision.”

According to a news release, the union’s Executive Committee and Bargaining Council have recommended ratification of the proposed agreement and the final decision will be made by a majority vote of all EMU-AAUP members.

The agreement also includes a provision stating that there will be no penalties for EMU-AAUP members who participated in the collective strike.

However, another provision states that faculty will now pay for on-campus parking, which up until now has been provided without charge to tenured and tenure track faculty. In exchange, following the insistence of the EMU-AAUP negotiating team, the University will contribute an amount equal to half of faculty parking payments to the student emergency fund and to provide student bus passes.

As a major issue during negotiations was health care, the tentative agreement protects the current PPO plan for EMU tenured and tenure track faculty, who will receive the same health care options as Administrators and other groups on campus. The agreement also proposes an increase in dental coverage, to $1,500 per participant.

Furthermore, EMU has commited to conduct a salary equity study with faculty input, based on evidence presented by EMU-AAUP showing inequities affecting female and Black, Indigenous and People of Color (BIPOC) faculty. The parties also agreed to establish a joint committee to examine student evaluation documents with goal of eliminating implicit and explicit bias against BIPOC, female and LGBTQ+ faculty. So, the proposed contract will help strengthen EMU’s commitment to diversity, equity and inclusion.

The proposed contract will also improve shared governance, said the news release, including increased information-sharing between administration and faculty. Workload issues are also addressed, including scheduling and modality of office hours, and an appeal process for faculty pursuing research release.

“Our negotiating team worked long and hard to bring home an agreement we can present to our members,” said Mohamed El-Sayed, professor of engineering at EMU and president of EMU-AAUP. “We’re going to continue to work with all of the unions on campus and our allies in the community to support our students and stand up for quality education at EMU.” 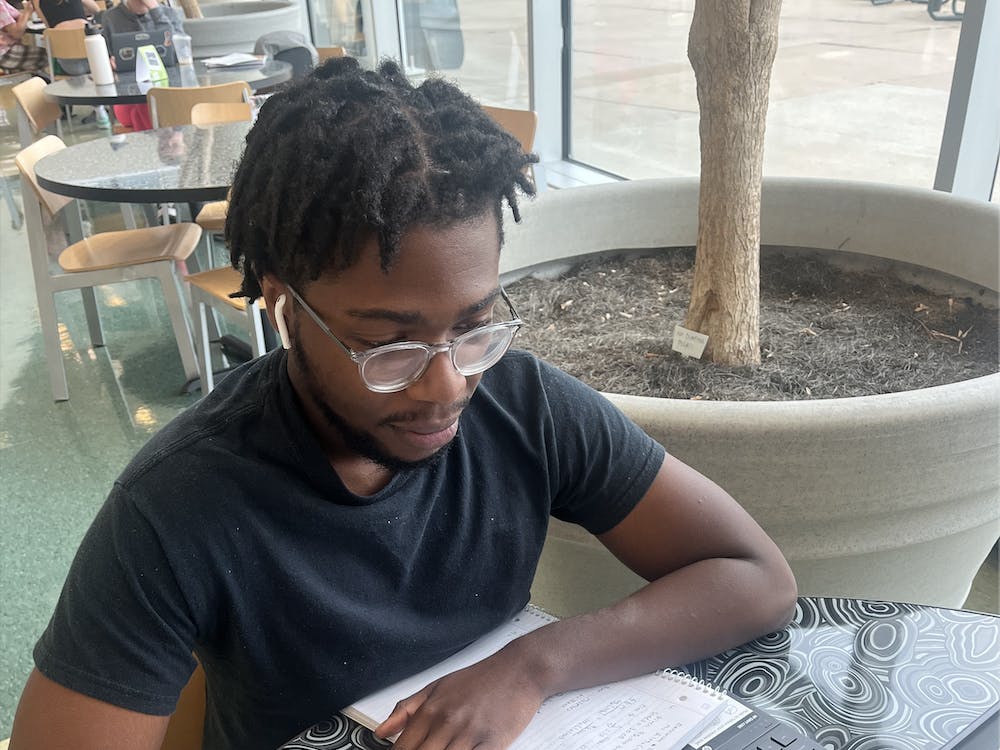 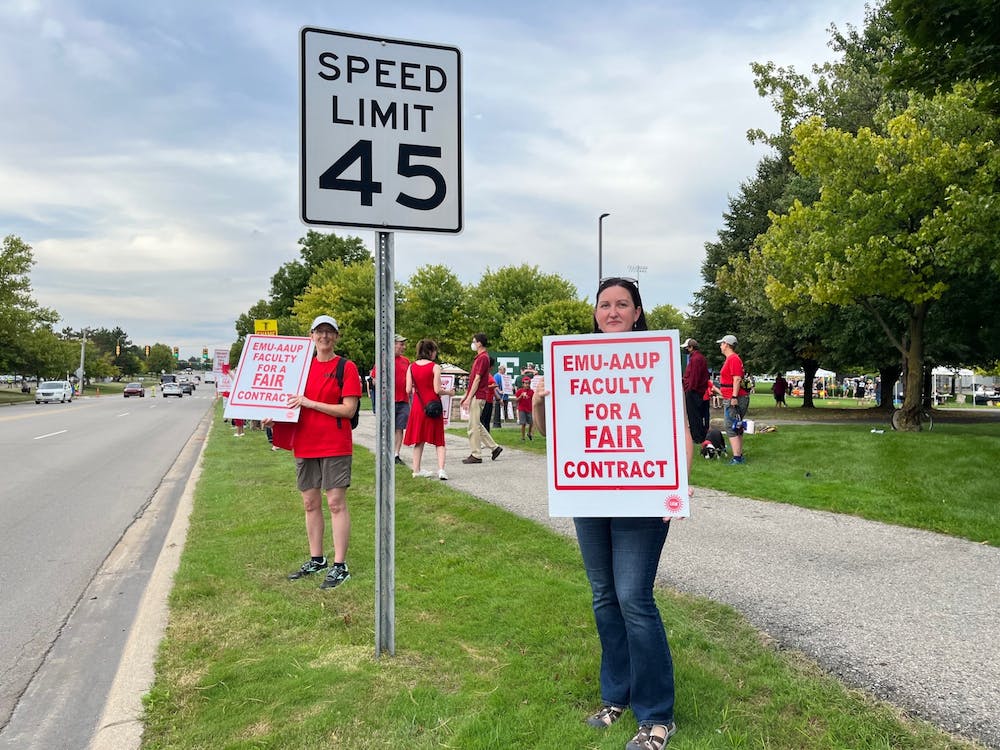 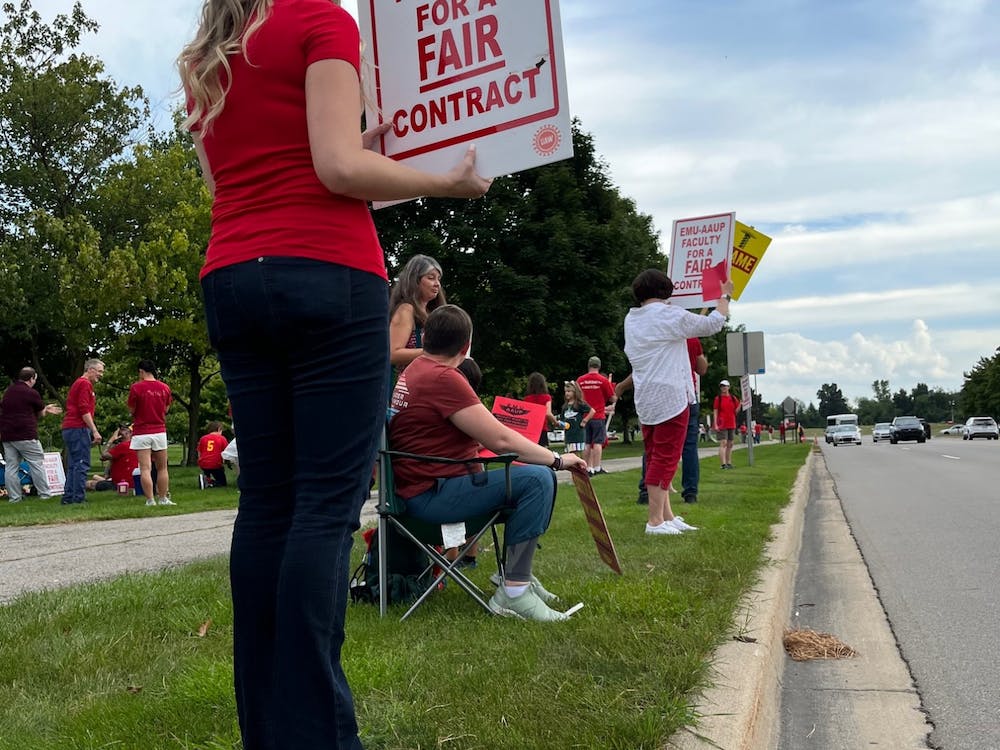