Despite starting off the game moving the ball, the Eagles found themselves down 0-1 in just the third minute when Kent State's sophomore midfielder Alissa Arthur found freshman forward Mary Kate Lape who ran it down a flank and in to win a one on one with freshman goalkeeper Kesver Guendogu. Guendogu got her second MAC start in the match and did not see much rest during the match, ultimately facing a season high of nine shots.

The Eagles responded in the 16th minute however, when sophomore Jaime Levebre found freshman Hannah Thompson to finish with a beautiful shot in the top right corner of the net and tying the game at 1-1.

Sophomore's Vittoria Greco and Maddie O’Farrell both remained midfield strongholds for the Eagles, changing the point of attack and relieving the pressure from one side to the other consistently throughout the match. O’Farrell was named MAC female scholar-athlete of the week this past week and is the team leader in goals (4) and assists (3).

Kent State was not done scoring before halftime, with sophomore midfielder Alissa Arthur curling it on a corner kick to put the Golden Flashes up 1-2 in the 27th minute.

The Eagles found themselves on the defensive again barely ten minutes into the second half when Lape got her second goal of the game, extending the Golden Flashes’ lead to 1-3.

A physical match, neither side saw much action again until the last quarter of the game when goalkeeper Sarah Melén added an assist to her belt with a long ball to Arthur, who ultimately won a one on one with Kesver to further extend their lead to 1-4.

Melén saw most action in the last ten minutes of the game, most notably when EMU earned a penalty kick with 3:46 remaining in the match. Thompson stepped up to take the kick and slid it past Melén. Still, the Eagles ultimately came up short, losing to a final score of 2-4.

“Our goal was to change the culture of our team to be very close, friendly, like we’re all ride or die for each other. We need that for these MAC games, to give the freshman experience, to give the sophomores experience and continue to grow as a team,” Sarah Ash, senior defender, said.

The Eagles next match is home at Scicluna Field this Thursday, Oct. 13, against Toledo at 4 p.m.

Following that, the Eagles will travel to Kalamazoo, Mich., to take on MAC rival Western Michigan University on Sunday, Oct. 16. That match is scheduled to start at 1 p.m. and will be streamed on ESPN3. 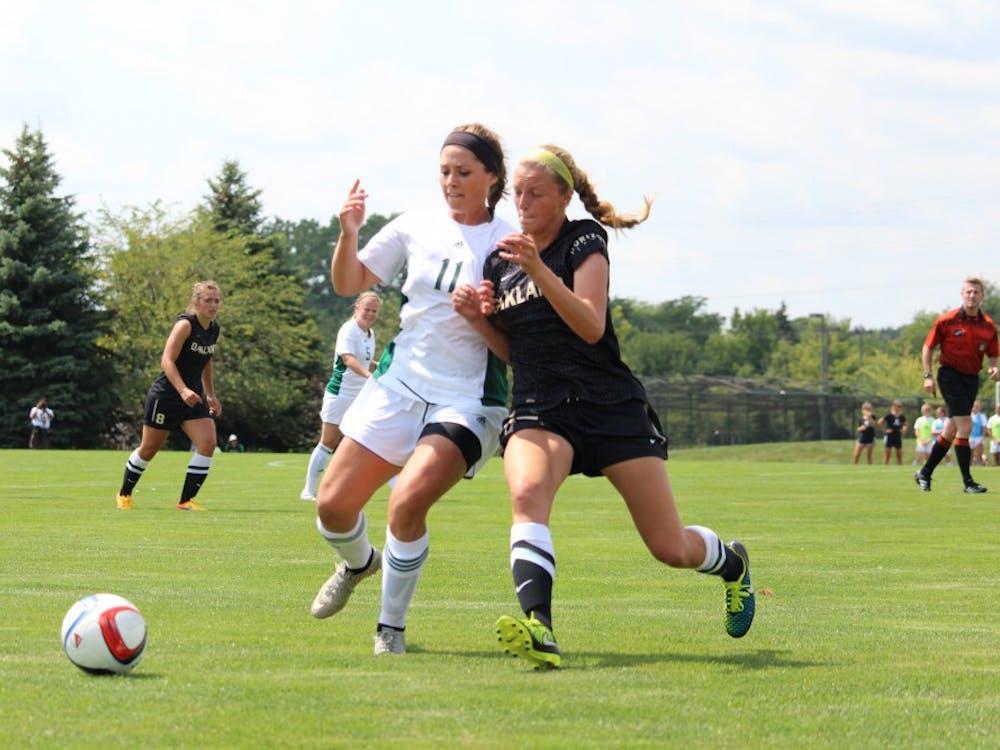