By Cody Almasy
Jayla Ford
Eastern's Soccer team is huddled for a time-out during their match against Kentucky State.

The Eagles (2-8-3, 1-4-1 MAC) were considerable underdogs against the red-hot Bulls (10-1-2, 4-0-2 MAC) who sit atop the MAC standings and have only dropped one game this season that came on the road in late August against Big Ten opponent, Rutgers University.

Despite the odds being so heavily in the opposition's favor, the Eagles were able to hold the Bulls scoreless and keep the contest competitive through the first half. This effort was led by junior goalkeeper Rebecca Przybylo who racked up three saves in the initial half and finished with seven saves for the match, tying her season-high.

In the second half of the match, Buffalo was able to break the tie with a penalty kick in the 56’ from Ellie Simmons and give the Bulls a 1-0 edge. Eagles defender senior Sarah Ash was penalized for a foul in the box that awarded the Bulls the free kick.

It didn't take long for Buffalo to build on that lead as the Bulls put two balls in the net in less than two minutes in 65’ and 66’ to make the score 3-0. The first of the rapid-fire goals was scored by forward Arianna Zumpano and the second by midfielder Katie Krohn.

The 3-0 scoring run from 56’ to 66’ was all the scoring that would take place as Buffalo would limit the Eagles to a season-low four shots throughout the matchup.

Next, the Eagles will return home to Ypsilanti and Scicluna Field on Thursday, Oct. 13, and serve as host to the University of Toledo Rockets before heading back on the road on Sunday, Oct. 16, for an in-state rivalry match with Western Michigan University.

For more information on the EMU women's soccer team, you can visit EMUEagles.com. 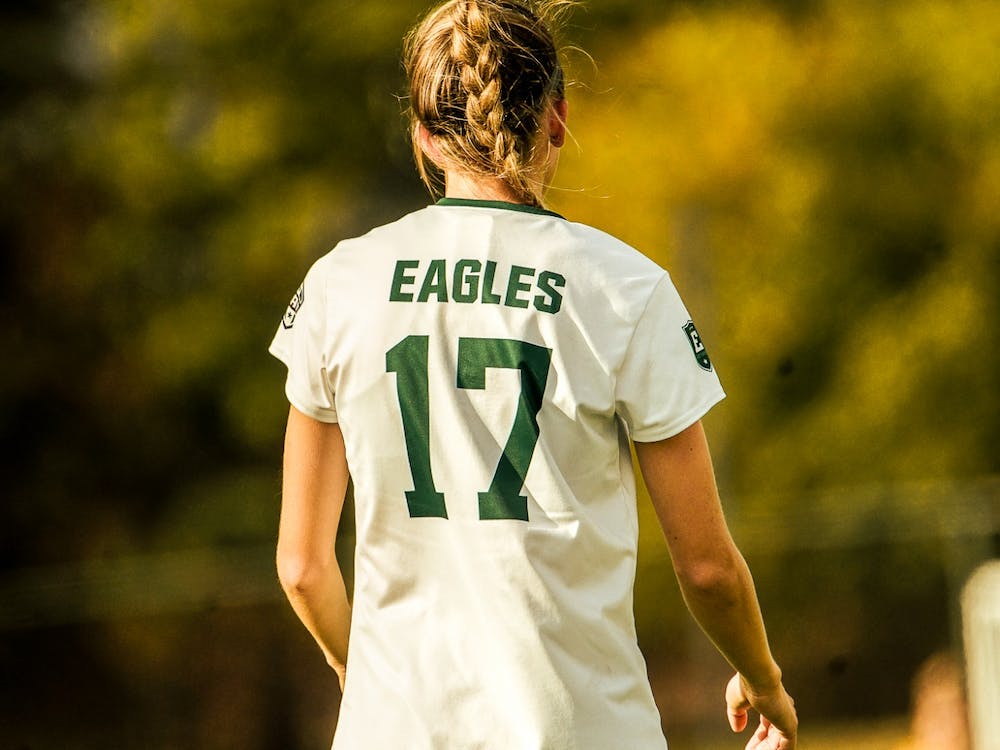 Men's basketball loses first game in the season against Indiana