EASTERN MICHIGAN UNIVERSITY - A controversial phrase was discovered on the free speech walls outside of Pray Harold on Thursday. The phrase, “It’s okay to be white,” was written on both sides of each wall. The message was painted over a Nipsey Hussle tribute.

Liz Moak, a student at EMU, said, “It’s kind of prejudice to write ‘it’s okay to be white’ on something that said before, ‘R.I.P.’ to a black rapper, so we decided to take action on that.”

Georgia Nagel, another student at EMU, said that while the university preaches an accepting and open-minded atmosphere, she feels that there is a certain rhetoric on campus that isn’t always discussed.

Christine Ridgway, a lecturer from the art department, discussed the context in which Nipsey Hussle fought for minority rights.

“Did Nipsey Hussle ever say it wasn’t okay to be white? No he didn’t,” she said. “He was trying to create a better relationship between minorities that had been oppressed … [and the police].”

At around 2 p.m., Student Body President-elect Ethan Smith, members of the Student Senate and other concerned students painted over the altered messages.

“It wasn’t designed to express an opinion in good faith, but instead to provoke and race bait. That’s not something that we have an obligation to tolerate as students. Student Government responded with our paint as soon as possible, but it was really encouraging to see other students at the wall as well,” President-elect Ethan Smith said in an official statement.

The phrase became popular on the online forum 4chan, where it was picked up by organized neo-Nazi groups to advocate for antisemetic practices and white supremacy. 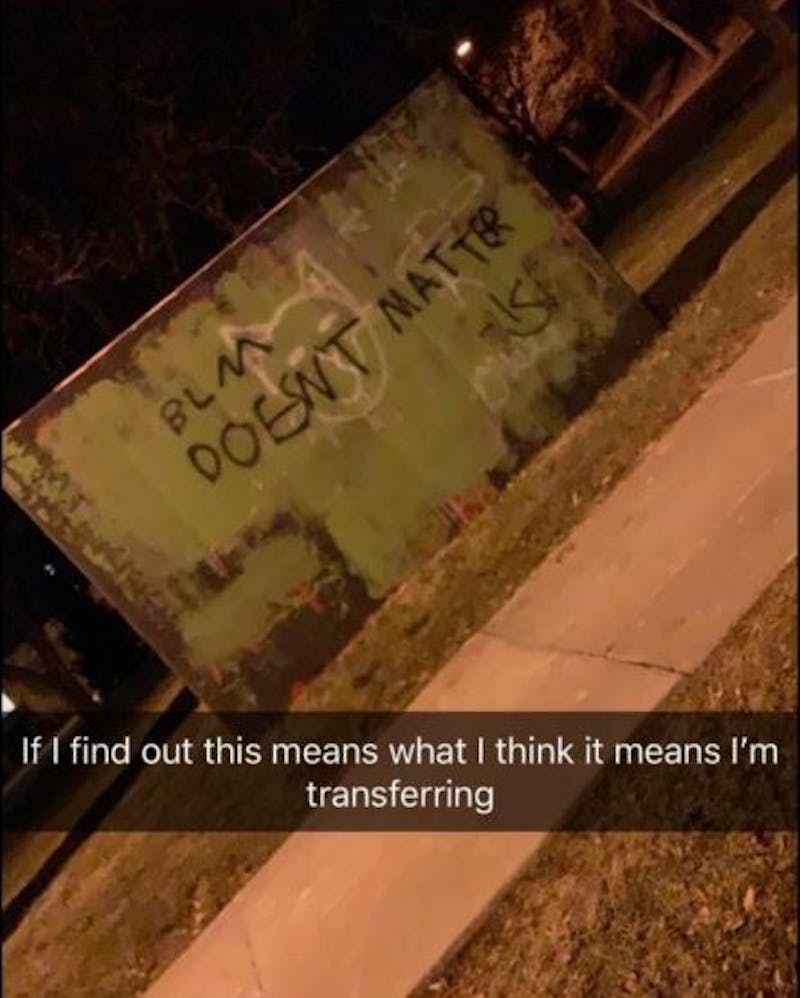