The UK artist is back with another experimental, unique solo album.

As soon as you listen to Harry Styles’ newest album, you are bound to begin “Falling” in love with him -- if you haven’t already.

Over two years after he debuted his first solo album Harry Styles, the former One Direction star launched his second LP on Dec. 13, 2019, leaving fans full of emotion.

The new project showcases the recently discovered side of Styles, including a new sound and sense-of-self, unlike what his previous work entailed. All 12 tracks discuss topics such as self-identity, relationships and acceptance, using wordplay to allude to his personal experiences in unique ways.

Styles released three singles leading up to the Fine Line beginning with “Lights Up,” on Oct. 11, and later “Watermelon Sugar,” and “Adore You.”

The first single undoubtedly showed a new side of Styles, with a music video seemingly displaying his fluid sexuality and lyrics talking about not stepping back from who you truly are. While many fans expected and hoped that this meant the album would be a coming-of-queerness project, that doesn’t seem to be the case.

Now, there are tons of people accusing the artist of ‘queer-baiting,’ arguing he uses a gay aesthetic to enlarge his fan base without addressing his own sexuality fully. However, Styles insists that isn’t true, explaining that he doesn’t like labeling himself, which I think is completely acceptable as well.

Nonetheless, the album is still a masterpiece, including a mix of sounds derived from rock 'n’ roll as well as some folk and pop influences.

The album's first track, “Golden,” is a lively opening to the project, with smooth vocals and a lighthearted tone and sound. The lyrics discuss one partner being afraid in a relationship for many different reasons, which happens often, especially today.

The same theme of loneliness is sung about again throughout the track "To Be So Lonely.” Coming right after the more emotional ballads “Cherry" and “Falling," this track is more experimental and resembles a drunk phone call where Styles talks about the difficulty of moving on after a breakup.

In the song “She,” Styles talks about his dream girl, who seems to be the ideal woman that only lives in his head. “She lives in daydreams with me / She’s the first one that I see and I don’t know why / I don’t know who she is.” This track embodies the new sound this album entails.

Styles does really well at switching back and forth from slow to upbeat tempos while still allowing the entire album to mesh together well.

“It felt like it described to me the process of making it and how the album felt in terms of the different kinds of songs on it,” Styles stated during an interview with Capital FM. The title track “Fine Line,” at the end of the album is another slow acoustic that embodies what the project in its entirety truly represents.

I think that this album will really impress older audiences because its sound differs from most popular music today. However, I am sure that Styles’ old fans will be able to enjoy Fine Line too. Although not every song is catchy and poppy, the vibes and all around aura are magical and show Styles’ true talent as a musician.

I would give this album 4 out of 5 Swoops. 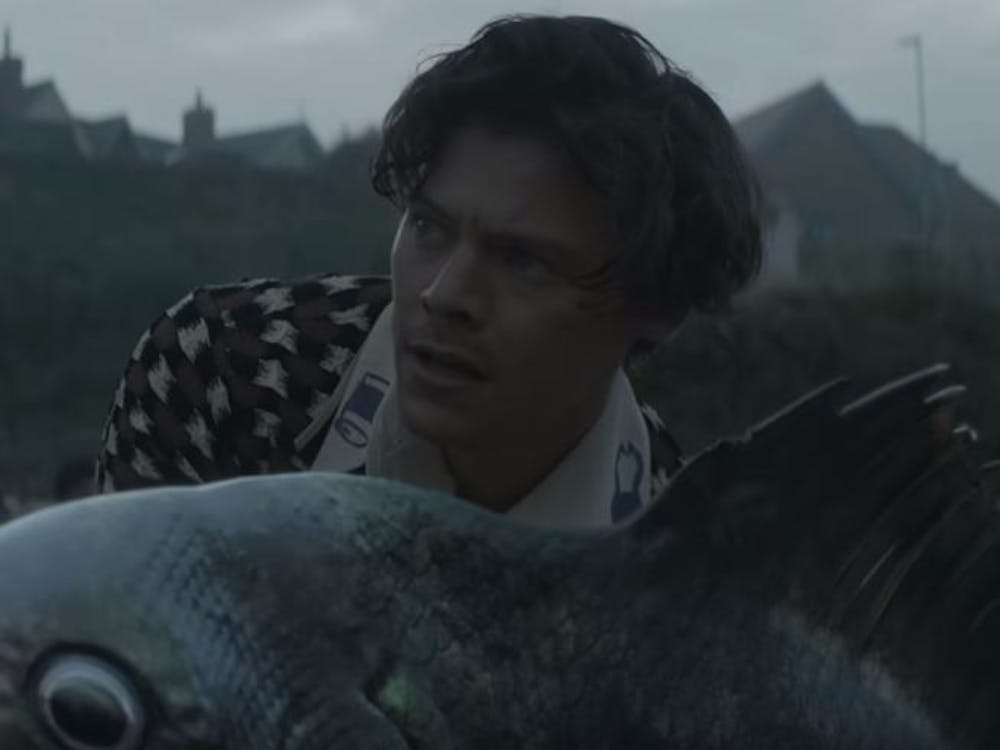