Jacob Kendrick: On this week’s episode, we’ll be talking about a former Eagle punching their ticket for Tokyo. I am your host Jacob Kendrick, and this is the Eastern Echo Podcast.

With a leap of 17.18 meters, this will be Scott’s first time qualifying for the Olympics and while he views this as a major accomplishment, he is not satisfied with just qualifying.

Scott said to the Echo, “I just know that the job isn't done yet...I have to go the Olympics and try to win a medal, a gold medal at that.”

Scott enrolled at EMU in 2010 after receiving a full-ride scholarship for football as a two-star wide receiver coming out of his hometown of Apopka, Florida. In 2014, Scott instead pursued track and field and later graduated in 2015 with a degree in criminal justice.

Since his graduation, Scott has won five triple jump national championships, and he represents Adidas at every competition.

In 2020, Scott became the assistant track and field coach at Ypsilanti Lincoln High School. He himself uses the facilities and hopes that his presence will bring more attention to the sport.

Scott said to the Echo, “With also me being there now, I hope to bring even more attention to the track program itself."

Leading up to the Olympics, he has been training five days a week to prepare.

“It’s usually five days a week with some recovery days in between...That's when I go to restore at the Wellness Center over at Ann Arbor and that's where they have, like oxygen chambers, cryotherapy, a red-light treatment, so I do a lot of recovery stuff there to keep my body healthy and prepared to compete at all times.”

Associate head coach for track and field Sterling Roberts coached Scott during his time here and is excited to see where his skills will take him.

Roberts told the Echo: “I’ve known Donald for eight years now, and he continues to amaze me...Once he shifted his focus to track and field, his accomplishments and his rate of improvement was beyond all expectations… With his focus and determination, who knows how far he can go!”

Scott will be the 19th athlete to represent EMU at the Olympics, and he advises others with the same dream of going to the Olympics to keep their eyes on the prize and work hard.

Scott said to the Echo, “Stay dedicated throughout the ups and downs that you may have, and you will basically get to where you need to be.”

While the Olympics begins July 23, Scott will be competing on just Aug. 3 and Aug. 5. 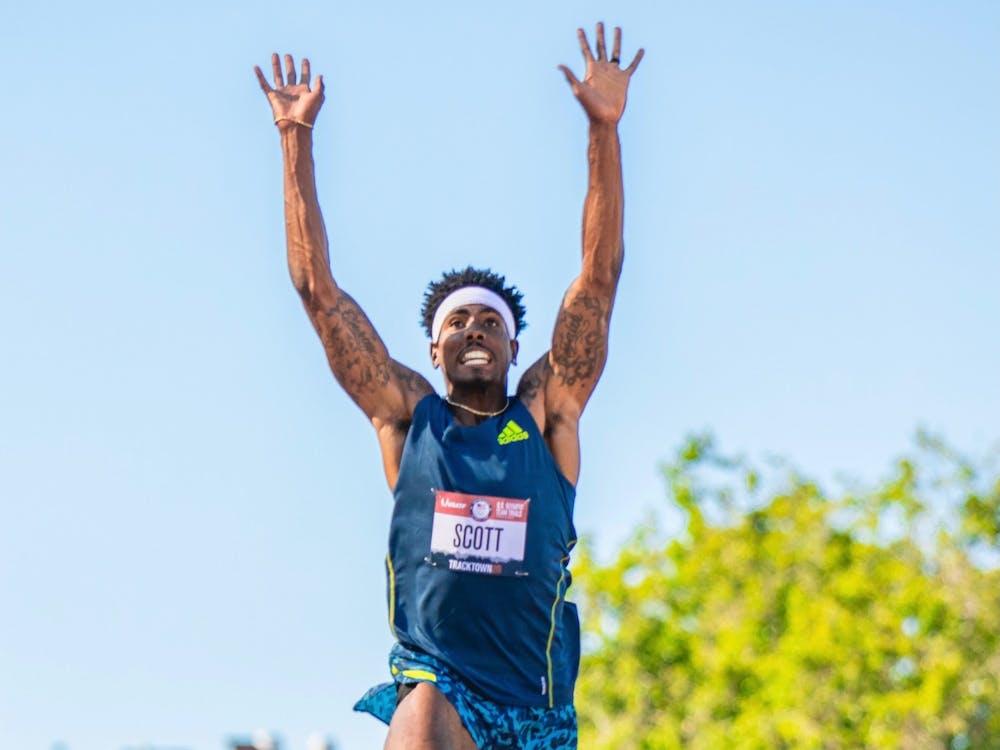