Eastern Michigan’s men's cross country team was able to defend their title and win their 25th MAC championship, which is also their 15th consecutive win in the past 17 years.

“When I started here in January my goal was to try to keep the level of success the program has had, now we’ve won 15 in the last 17 MAC cross country titles”, Coach Mark Rinker said.

Junior, Baldvin Magnusson earned 1st overall in the men’s 8k with a time of 24:05.7. The last Eagle to earn that title was Hylnur Andersson in 2017.

“Last year our 5th man was 20th and this year our 8th man was 19th, that was a piece that was most satisfying, that the team as a whole has gotten better. We have 16 guys on the roster, 1-16 I think everybody did better than they ever did, that's the piece I was most proud of and excited about”, Rinker said.

“I think that winning coach of the year is more of a testament to the guys winning the meet,“ Rinker said. "I was excited, excited to be able to celebrate another award with the guys.”

Next up for the Eagles is the Great Lakes Regional set to be hosted Nov.12 at the University of Evansville, where the top two teams will advance to qualify for the NCAA Championships.

“We’re ranked 7th in the region, so our goal is to perform better than our ranking and ideally try to get into the top 5 and give ourselves a chance to potentially run in the NCAA Championship,” Rinker said. 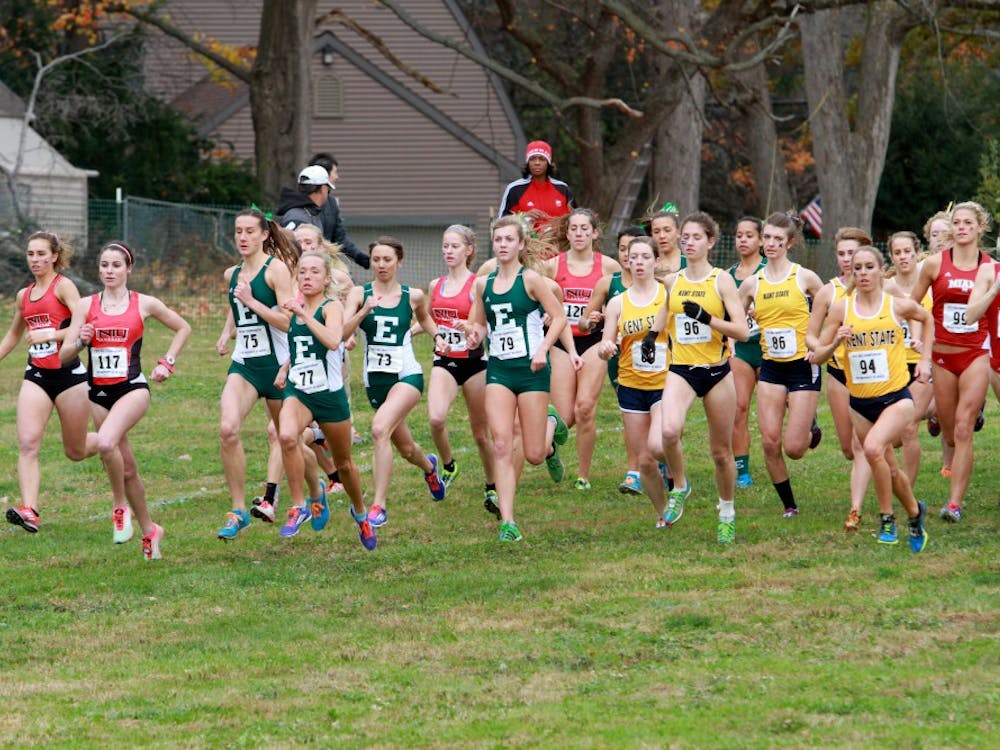