Junior goalkeeper Rebecca Przybolo made five saves in the match.

The loss snaps the Eagles' six-game winning streak and puts the record for the all-time series against NIU at 20-6-3.

NIU earned an early lead after a corner kick found freshman forward Amber Best who needed to only tap the ball into the net to put the Huskies up in just the second minute. It wasn’t until shortly before halftime when the Huskies doubled their lead, again thanks to a shot from Best in the 31st minute. NIU's Amber Best, a Michigan native, graduated from Southfield High School before going to NIU.

Despite the Eagles' offense notching eight shots in the second half, they were unable to break the NIU defense. Sophomore forward Meagan Lukowski was responsible for four of those eight. On the defensive front, junior goalkeeper Rebecca Przybylo was active and made five saves over the match.

Next up, EMU will host Bowling Green State University in a 1 p.m. match at Scicluna Field.

Following that, the Eagles will conclude regular season play this Thursday, Oct. 27 at Miami University at 3 p.m.

For more information on the EMU women's soccer team, you can visit EMUEagles.com 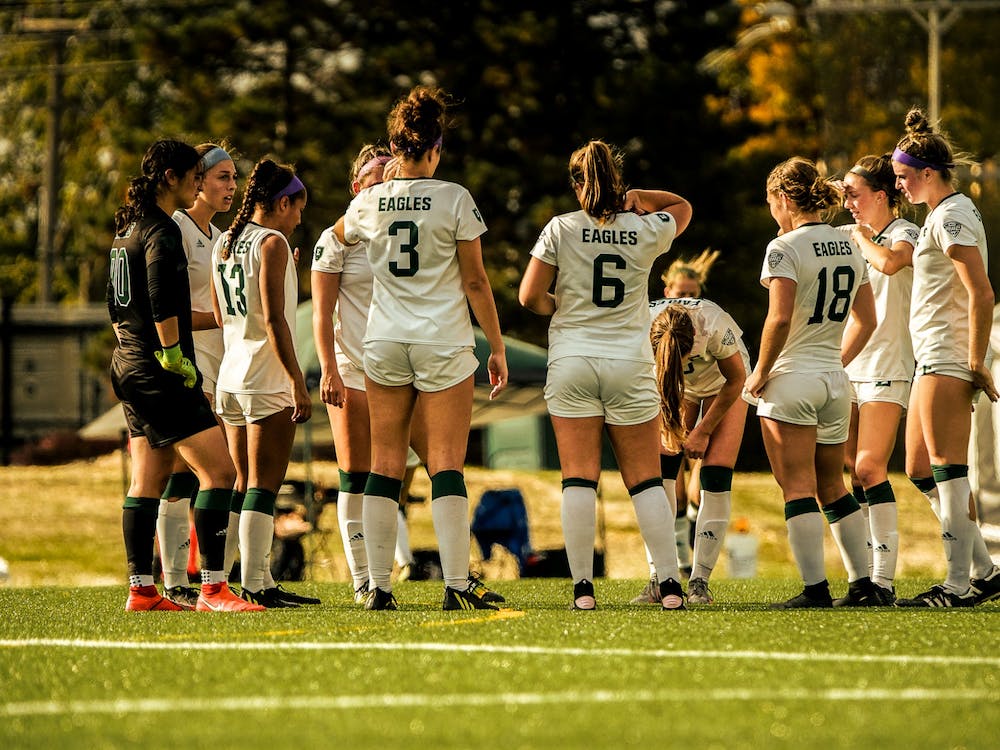