The Women's Resource Center at Eastern Michigan University is hosting a grand reopening on Tuesday, Jan. 10 from 2-5 p.m. to show off its new look.

The center has the overall purpose of supporting "diverse representations of those who identify as women on campus," which is done through hosting programs to support students through womanhood, as well as offering resources including free pregnancy tests, safe sex supplies, and help for domestic violence and sexual assault.

"I really try to listen to what the students want to tell me what kind of programs and events that we can essentially do for them," Deanna Kowaleski, women's center program coordinator, said.

Kowaleski began her position in July and said that the center was pretty unorganized when she first came in, with random decorations on the wall and odd color paint.

"To me, it just didn't feel very warm and welcoming and I kind of looked at it as if I'm feeling that way, then students are probably gonna feel that way as well too and they're not really going to wanna utilize the space and the space is there for them," Kowaleski said.

With hopes to renovate the space, Kowaleski worked with the interior design team at EMU to create a new look. The updated design includes new paint, new pictures, and a big decal on the wall, she said.

Kowaleski wanted students to have a voice in the new design, so the center and design team came up with four different options for people to vote on on social media and got over 300 responses.

The design that won is what they went with and what will be revealed at Tuesday's event.

"I plan on doing just an informal ribbon cutting ceremony a little bit after 2 o'clock and then we'll have light refreshments directly across the hall for us, so students, faculty, and staff can come by and see what the new center looks like," Kowaleski said. "It looks really amazing. I'm really excited for it, and I hope that this will be what students will feel comfortable wanting to come into our center."

Last semester, many students were advocating for more discussion around personal safety, so the women's center partnered with the Department of Public Safety on campus to hand out pepper spray and personal alarms multiple times. These personal safety items will be handed out again at the event for anyone who missed the chance previously.

To learn more information about the Women's Resource Center at EMU, stay up to date on events, and more, follow them on Instagram @emuwomenscenter. 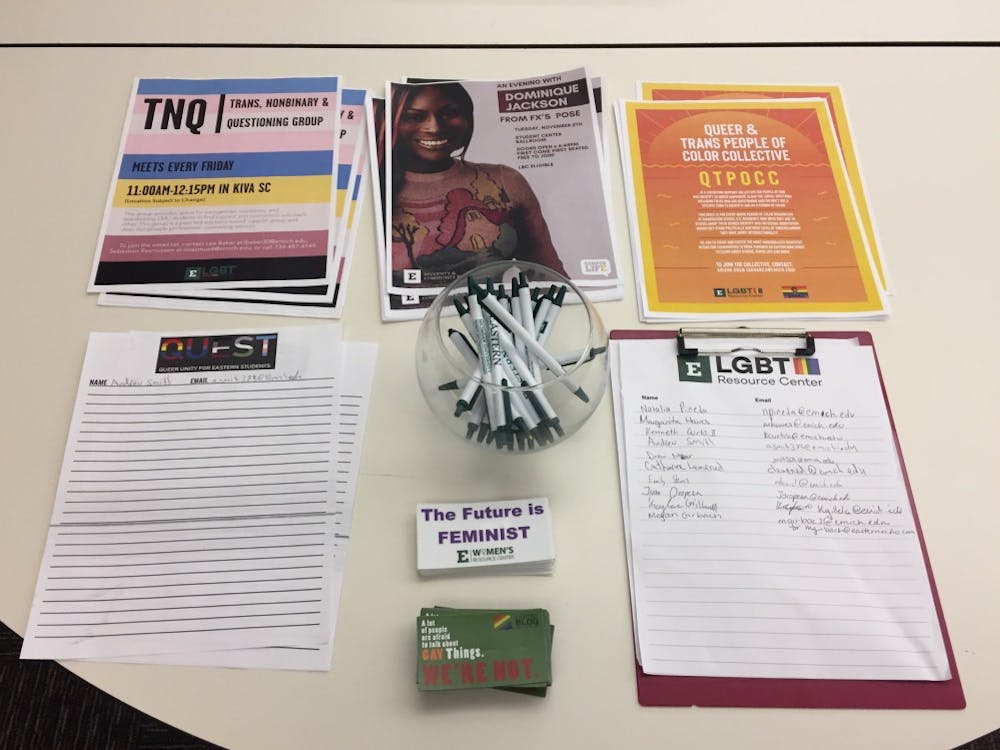