The Business and Finance Committee voted to not allocate any money to club hockey under the contingency that Director Mohammad Aggour would meet with EMU hockey president to discuss feasible actions regarding the large requests.

By Jenna Robinson
Jenna Robinson
The Business and Finance Committee members discuss the money requests during the meeting on Tuesday, Nov. 12.

One club sport and three student organizations presented to the senators and requested funding during the meeting.

Club hockey presented its case first. And the price tag to run the sport is large. When representatives first came to request money on Tuesday, Oct. 29, the initial amount was $70,500, more than the Business and Finance Committee budget for the entire year.

Spencer Poscente, Eastern Michigan University hockey representative, came back to request $69,600. Poscente said at the Oct. 29 meeting that he understands the committee has a limit on the amount it can allocate, and he has returned to ask for as much money as the senators will give the club. The max the committee could allocate is 7% of the budget.

“I just have to come back each time [to the meetings],” Poscente said. “It’s an expensive sport. We’re not asking for that full price at each meeting. I know you can only give a certain amount, but we are asking for the full 7% of the budget.”

Senator Marisa Salice questioned how the club received enough funding last year to run the season with such a hefty cost attached to it.

Poscente said he wasn’t involved with the finance side last year and is unsure of the details, but he said he believed they did request money from Student Government last year in order to cover costs.

Galluzzo brought up the disorganization of the breakdown and asked who the treasurer was for the club.

Poscente introduced himself as the club’s treasurer at the Oct. 29 meeting, but he said at the Nov. 12 meeting that he was unsure of who the treasurer was.

With all of the confusion and the high price tag attached to the sport, Aggour had scheduled a meeting with Josh Davenport, hockey president, about ways to fundraise and discuss the expenses.

Aggour motioned to amend the amount allocated this meeting to $0 under the contingency that he would meet with the president on Wednesday, Nov. 13.

Senators all voted “yes” to this amendment. No money was allocated to EMU hockey.

“It is a case competition,” Mutz said. “The money you’d be giving us would be for our entry into this and some food for the students during this weekend trip. We are going to have 12 students go. We usually average around 10.

[It] promotes educational purpose. We’re gonna be learning, we’re gonna be competing, representing Eastern in the case competition as well as other learning experiences and speakers.”

Mutz said the organization is continuously working on fundraising and seeking other financial aid.

“We’ve already secured additional funding,” Mutz said. “We got funding from the Dean’s Office; we got $2,500 from them. We’re also gonna have two fundraisers for the club, and we are going to get funding from some professors and alumni.”

Senator Nick Galluzzo moved to amend the amount to $2,100, which would cover the registration fees in hopes that the organization would fundraise for the remaining balance. All senators voted “yes” to this amendment.

The committe then voted on and unanimously passed the amount of $2,100. This amount was allocated to FMA.

“Following our N.A.P.S November, we are having an event called Neo Soul Night,” Johnson said. “It’s more of a coffee type of night where you get to sit back, relax, practice self-care [and enjoy] the performances of poetry, music, all that good stuff.”

Business and Finance Director Mohammad Aggour asked if the organization planned to hold future fundraisers. Johnson said the organization doesn’t have any definite plans but have ideas in the works for the near future.

“Yes, we are putting some in motion before February, probably,” Johnson said.

Senator Reid Scott motioned to amend the amount to $500. All of the senators voted “yes.” This amount was then voted on and allocated to N.A.P.S.

The National Association for the Advancement of Colored People (NAACP) had two representatives come to speak on behalf of the organization including the Executive Committee Director, Kyra Mitchell, and Treasurer, Marcus Jenkins.

NAACP requested $709.25 for its Leadership Retreat in which students will be educated on advocating for civil rights and how the voting process works. The event will take place on Saturday, Nov. 23.

“During this retreat, we will be teaching students on campus and within the community about different leadership skills and development to help impact the community and campus,” Mitchell said. “I’ll also be touching on topics such as fundraising, grant writing, packet writing, policy writing and how to use those, and also mobilizing and moving forward with the 2020 presidential election.”

Jenkins brought up that the organization has fundraisers planned.

“We also do have upcoming fundraisers,” Jenkins said. “We have one this upcoming Sunday [Nov. 17]. It’s kind of similar to what N.A.P.S is doing [Social Sunday], and it’s a Thanksgiving type of dinner. We’re calling it ‘Friendsgiving.’ So, students will be buying plates of turkey, mac and cheese, peach cobbler, pies.”

Galluzzo asked if the mobilizing voting ahead of the upcoming presidential election was content neutral. Mitchell said the group is not politically biased.

“NAACP is a non-partisan organization, so we don’t endorse support any candidate or parties,” Mitchell said. “So, the education will be more so around voter registration, getting people registered to vote on campus and within the community and then also mobilizing those voters come election day to make sure people are actually turning out at the polls to vote in whichever way they want to.”

Aggour stressed to committee members that he feels this is a good event to hold on campus and thinks the organization should be allocated the full requested amount.

The senators agreed to the requested amount in a 5 to 0 vote and allocated the full $709.25 to NAACP.

A total of $2,864.25 was allocated during the meeting, all of which went to student organizations. 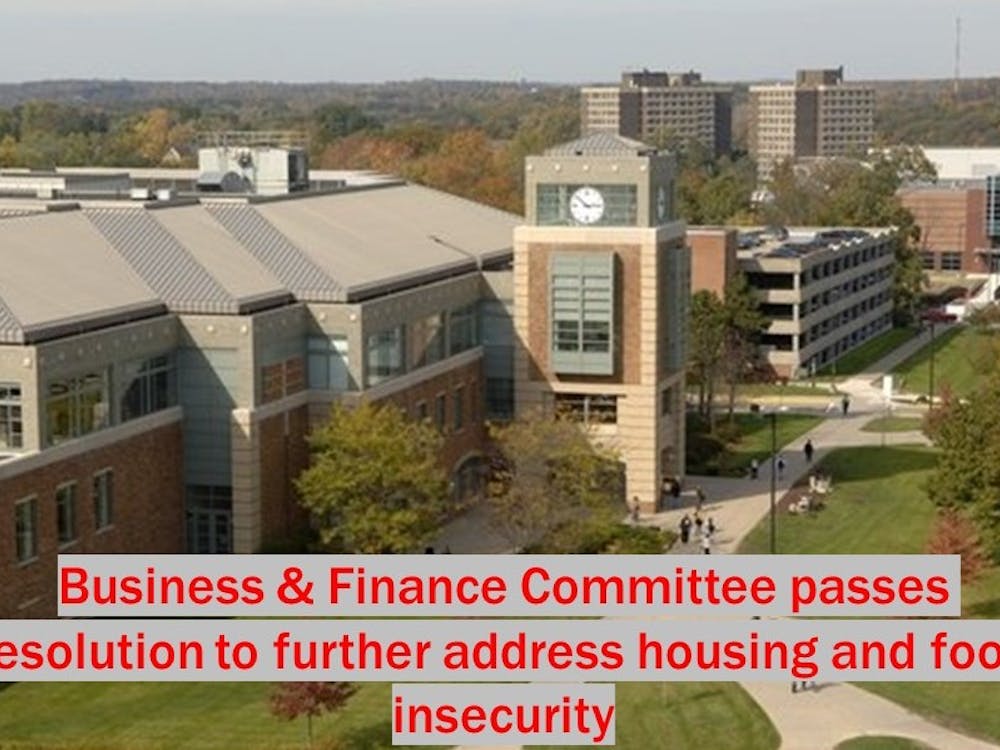 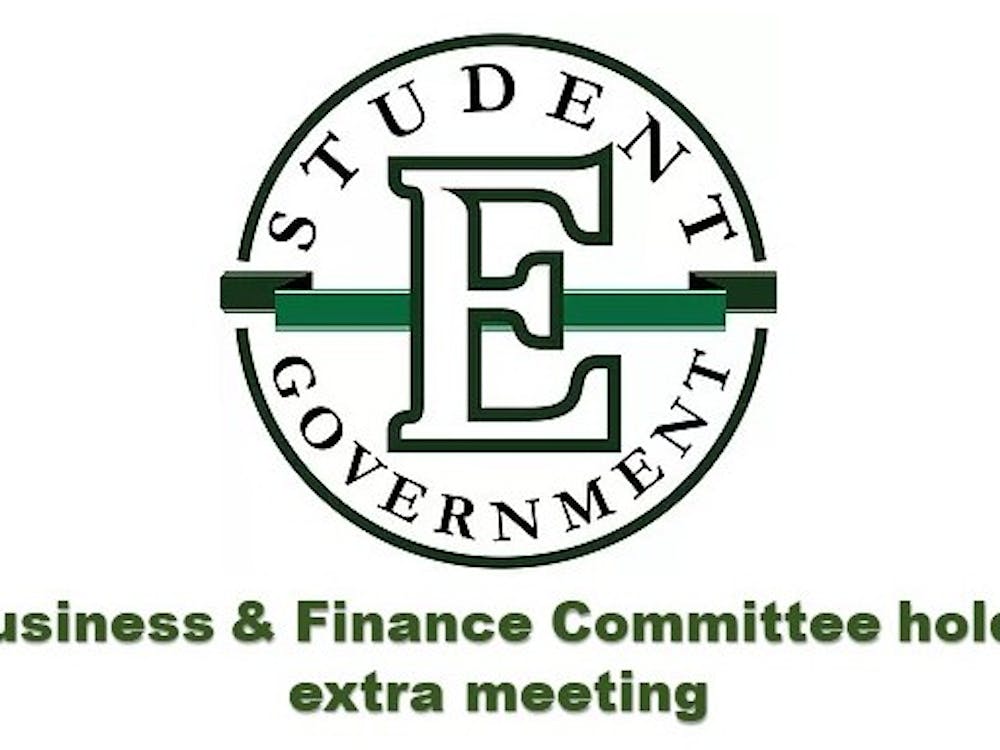 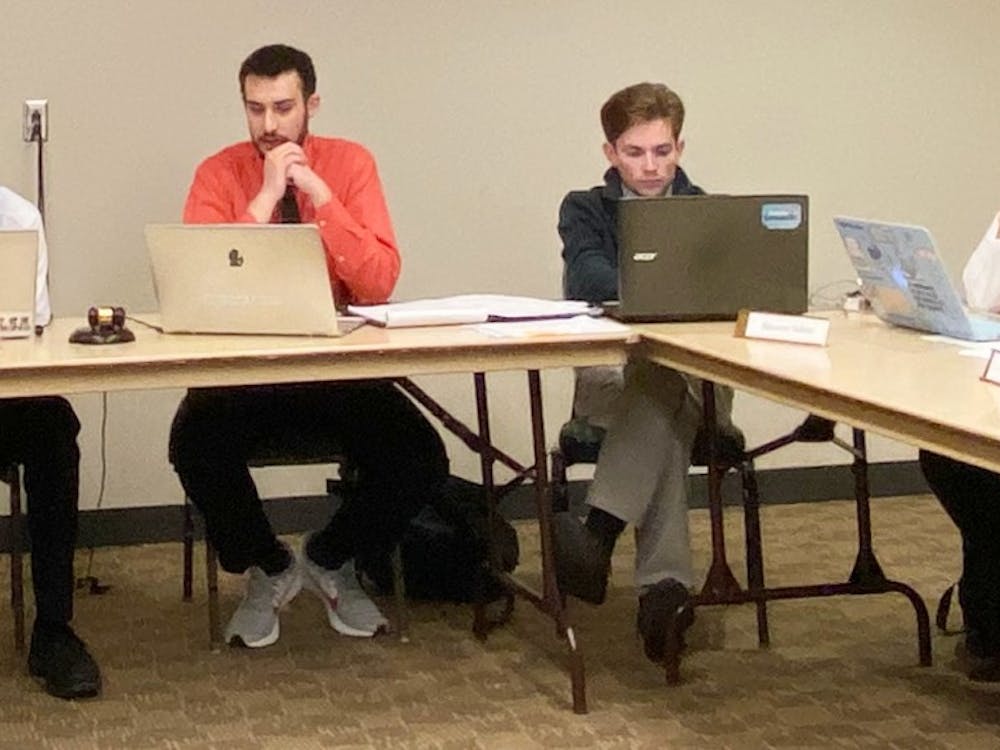 The Business and Finance Committee stood its ground when allocating money