Eastern Michigan University alumni Scott Draper is in a place where he thought he would never be before; the Vice President of Football for the Big 12 conference.

A little over a month ago, Draper was hired into his new position with the Big 12 conference after spending his last eight years as Associate Commissioner of Football in the American Athletic Conference. During his time in the AAC, Draper witnessed a lot of growth within the conference and history being created, most notably the Cinnicanti football program being the first Group of 5 team to make the College Football Playoff since it was first introduced in 2014.

After Draper started his journey at EMU, he earned his Bachelor’s degree in general studies in 1994.

He then went on to be the assistant video coordinator for the University of Michigan’s football program and was soon appointed to football offensive graduate assistant. Shortly after, Draper became the assistant athletic director for football operations at Michigan, and during his time there, Draper was a key staff member of teams that won four Big Ten football championships, competed in four Rose Bowls and 12 bowl games, while also winning the 1997 National Championship.

Having tons of experience and knowledge in the college football world, Draper now steps into possibly the biggest position of his career with his new role with the Big 12.

For the past eight years, you served as the Associate Commissioner of Football at the American Athletic Conference (AAC), talk to me about your time in the AAC, and how it prepared you for your new role with the Big 12 conference.

“Coming from mostly a campus life with my time at Michigan and Albion College, then jumping into a conference role in 2014 at a time when there were lots of college football upheaval with the BCS starting to go away, the College Football Playoff structure coming aligned, I joined the American conference at a time of real change and challenging times for all of those that were in the league at the time, so I was fortunate to be at the ground floor of the building of what we all know is the American Athletic Conference today. With the effort that Mike Aresco, the commissioner of the AAC, put in to advocate vigorously on behalf of our schools in the AAC, and the investment and the desire by the schools in the conference to raise their level of commitment to continue to want to be at the highest levels of college football, it really made for a great learning experience for me coming new to the conference life, I got to see it all from the beginning, middle, and end, and I also got to see the good, the bad, and the ugly, so it was a great learning opportunity and really prepared me to be able to evaluate situations in the Big 12.”

During your time in the AAC, Cincinnati made college football history by being the first Group of 5 teams to make the College Football Playoff. What was that like and how unique was that being able to be a part of that history?

“It was something that the league took great pride in, we felt we worked real hard to advocate over a period of years to break that glass ceiling, but make no mistake Cincinnati, through their coaching efforts, commitment to playing at the highest level, and ultimately the student athlete’s performance, achieved those goals. We as a league took great pride in being a part of it, but the University of Cincinnati, their coaches, their administration, the president, and their student-athletes were tremendous and deserved every aspect of it. Last season was my 29th college football season and I would tell anyone that would listen last year that I’ve seen a lot of football, and Cincinnati is as good of a football team as I’ve ever seen and been around, and so they deserved every aspect of it and it was great to be apart of.”

Almost a month ago you got hired as the Big 12 conference’s Vice President of Football, what did that mean to you and how was that process?

“It’s really something I’m proud of in terms of getting an opportunity to be in a leadership position in college athletics. For me, college football gave me an opportunity when I first started in 1992 at Michigan, to have a life that I thought I would never have. Coming from Eastern Michigan to the University of Michigan, and being a part of the Michigan football team for 19 years, I owe a lot to the game of college football, and a lot to the mentors that helped me through all of those years, people like Lloyd Carr, Warde Manuel, Bo Schembechler, Gary Moeller, those people are my foundation of college athletics, and for me to be able to be at the Big 12 and continue to give back to the game that gave me an opportunity that allowed me to have a wonderful career thus far, that’s what it meant to me.”

Some people may not know the exact operations that are handled by the Big 12 Vice President of Football. In that position, what will you be dealing with on a day-to-day basis?

“We have a couple different buckets that the conference office is responsible for, and I break them down into in season and offseason. In season we’re responsible for managing our officiating program, the interaction our league has with our television partners, and we manage any game operation, issues, or concerns that arise week-to-week. We do a good job of advocating for our teams in the media, collectively setting the direction for the league as we prepare for the post season, whether that’s the College Football Playoff or with our bowl partners. In the offseason we spend our time building the football schedule, interacting with our membership on campus to build relationships with their staff and their coaches, ensuring that we have the best practices and game operations, best interaction with eachother, and building a cohesive group of members to get through the season together, and we the conference are responsible for putting on the Dr.Pepper Big 12 Championship game.”

Have there been any specific plans you’ve made yet as Big 12 Vice President that you could share?

“I’m just trying to learn from the folks that are there who have all been terrific, we have a new commissioner as well who is going though his first season as commissioner of the Big 12, so we’re working to help him do what he needs to do to elevate the league, and so anyone that touches football, is working to ensure we have competitive games that are contested fairly, and that our commissioner, athletic directors, presidents, head coaches, all have the tools necessary to have a successful season. We’re all working together to achieve that and it does go fast so we’ll have better time after the season to reflect on what we did and make changes where need be, but right now we’re excited about where we are and with the teams that are in the league, as well as they are, and with having Kansas hosting GameDay for the first time, and being ranked, the games are more compelling than they’ve been and ratings are high, so we’re excited to continue to build on that and get through the rest of the season.”

The Big 12 has brought many people to a surprise this year in college football as five football programs are currently ranked in the top 25, those being Oklahoma State, TCU, Kansas State, Kansas, and Texas. Talk to me a little bit about that and how that makes you feel knowing that all these programs are performing so well for the Big 12, when many others weren’t expecting that.

“Well it’s a credit to the institutions, coaches, student-athletes, athletic directors, and presidents on those campuses, because ultimately they have to do the work on campus to do all of that, and it’s a credit to the collective effort that the Big 12 conference is making to be great. Our commissioner talks about how it’s a great time to be apart of the Big 12, it’s a great time to be apart of our football season with our attendance being up, people are engaged with our teams and games more than they’ve ever been, but thats a credit to what our folks on campus are doing, and a credit to the energy that our commissioner is bringing to really elevate the Big 12 to the next level, and hopefully this the beginning of great things to come and I have no doubt that the folks that are engaged in making our conference great that it will be. I’m glad to be apart of this and excited to do whatever I can to assist our schools and commissioners to continue to elevate Big 12 football.”

“Well certainly I have familiarity with the three schools from the American that our joining the Big 12 (Cincinnati, Houston, and UCF), those are schools that have been in the AAC championship game more than any other teams in the past eight years of the AAC Championship, so their level of football is well-known around the country, all three schools are having great years and continuing to build on what they’ve been doing in the past years, they will be great additions to the league. Certainly BYU and what they’ve done in the past couple of years, to get their program consistently in the top 25 rankings, a tough place to play and a tough team to beat and compete against, great people to work with, so no question the four teams that are joining the Big 12 will be additive to what’s already here in the Big 12 and certainly as we go through the coming years, new rivalries will be born and a whole new level of Big 12 football will begin so those are good things, its good for student-athletes to be apart of and good for all of the current and future of Big 12 members with the new collection of schools, and I’m excited to be apart of that.”

So switching gears a bit, you’re an Eastern Michigan alum, earned your bachelors degree here. Just talk to me quickly, if you can, about your time at Eastern Michigan University and what that did for you and your career?

Have you been able to catch any of EMU football games yet this year? They just upset Arizona State a couple weeks ago in Tempe, Arizona, did you watch that or any other games this year?

“I actually was able to watch a good portion of that game and it was exciting to see. I’m really excited to see where they can take the program, and I did see that they also beat Western Michigan, so I really hope that they can continue to have a winning season and potentially compete in the MAC championship game.”

Ok, and last question, if you had to give a message to Eastern Michigan students, or really students just around the world, what would that message be? 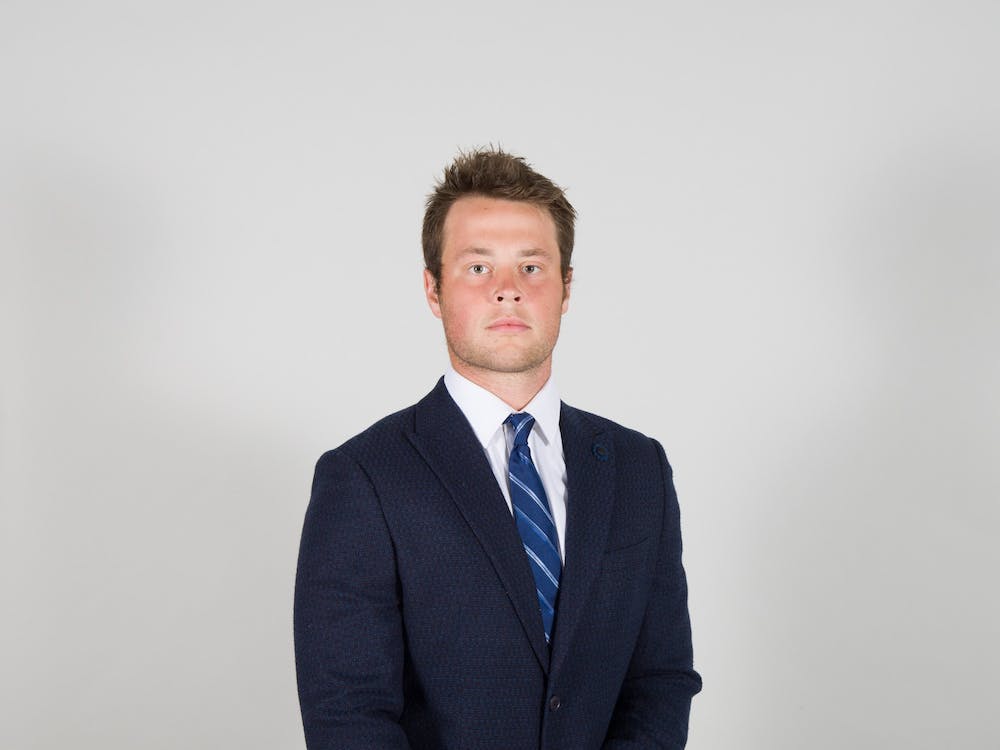