Haluthai Inhmathong and her mother opened Basil Babe from home during the pandemic. Now, the local dumpling pop-up has turned into a full-service restaurant.

Having grown up in her mother's kitchen at Siam Square in Ann Arbor, Eastern Michigan University alumna Haluthai Inhmathong is excited to bring a new restaurant to the same community.

After graduating from EMU with a degree in communications in 2018, Inhmathong moved to Detroit and started a "big girl job" in advertising, but didn't feel a lot of creative freedom in the position.

When the pandemic started in early 2020, Inhmathong began using food to flourish her creativity and learned how to cook dumplings with her mom, Vasanna Inhmathong, who is also her best friend.

"It was a fun way for me to see my friends from a safe distance 'cause I would just make dumplings," Inhmathong said. "I taught myself how to make dumplings, it's not like something I grew up making, but it's like one of my favorite foods."

Basil Babe doesn't just make dumplings though, they also specialize in a variety of Wok-fried dishes where the hot flames can be tasted throughout. The restaurant also will offer crab rangoons and Asian-inspired cocktails, as well as a ton of vegan options.

One dish, named Pad Kaprow, which is a basil stir fry, inspired the name "Basil Babe" due to the fact that it is the Inhmathongs' favorite dish to eat together.

"It's like the fastest thing you can make on a Wok and it's super nutritious. You get your protein, you get your carbs from the rice, and you get veggies, and then you put a crispy egg on top," she said.

Quickly, the hobby grew into a business, as friends would tag Inhmathong's personal Instagram and her direct messages started flooding with orders from customers all over metro Detroit.

"I was driving 250 miles Saturday and Sunday every single week and it was very exhausting, so I switched to a driveway pickup option," Inhmathong said.

The business continued to grow and Basil Babe was asked by restaurants and event spaces to do pop-ups in their parking lots or take over their kitchen. One of these included the now-closed Ypsilanti coffee shop Cultivate, where Basil Babe had a residency every Wednesday for over a year. Now, they are at HOMES Campus in Ann Arbor every Saturday and also had a pop-up at Frame in Hazel Park.

"I feel like pop-ups were never 100%. It wasn't our full potential because we were so limited with a space, but now we have a space, a foundation, and we can really fine tune these recipes and execute the same quality."

With continuous growth, Inhmathong was in search of a space to hold Basil Babe. Coincidentally, the owner of Tower Inn is her middle school best friend's uncle.

"I met him and I think he saw a lot of himself in me as a young entrepreneur. I told him my ideas," she said. "His family grew up in this restaurant and I grew up in my mom's restaurant and now it's kind of full circle where my friends and my partner and my future family can grow up here, so I think it was fate for us to meet."

The retired business owner believed in her vision and now rents out the space to her and is super supportive and helpful.

"They want us to succeed like how they succeeded and how they fed the community and how their kids grew up in this space too," Inhmathong said. "It's a homecoming story. I was born and raised in Ypsi and my mom owned a restaurant in Ann Arbor, feeding Ypsi and Ann Arbor and I just wanna do the same."

As Inhmathong and her mother both have unique experiences with Thai cuisine, they work together to create new techniques.

"With Basil Babe, I am now an adult. I've cooked and I have flavor profiles that I really like and I have experience that [my mom] doesn't have, and she has a ton of experience that I don't have and we've been meeting halfway, and we've literally just been fine-tuning recipes," Inhmathong said.

Purchasing the new space has been a lot of work already to get up and running, so Inhmathong is thankful for her mother and friends who have been a big help.

"My mom's teaching everyone how to cook and work with Thai ingredients and it's just been really fun and we just grew a brand that I couldn't even wrap my head around," she said.

At just 27 years old, the young business owner has brought a cute modern aesthetic to the restaurant industry that makes Basil Babe even more special.

"I wanna say for sure that I don't see other Thai restaurants as competitors. They're all immigrant-owned, people work very hard to establish their restaurants, so I give props to every single Thai restaurant around here," Inhmathong said. "Basil Babe is different because my mom was first generation and now it's me, now it's my turn."

Unique to other restaurants, Inhmathong said that Basil Babe is very approachable and accessible, as their social media is run personally by her, and everyone involved is super local.

"I think we're different because we've already been established, we already have a following, we already have the support of a lot of communities, and we are super local," Inhmathong said. "I was born and raised here... people can talk to me. I don't hold back my personality through my posts. I hope that people feel that they can be friends."

Both Tower Inn and Hamburger Mary's, the building's previous occupants, often hosted events for the community, especially since the space is pretty large. Once Basil Babe is established, Inhmathong plans to do the same and has many ideas.

"I would love to have like a block party. I would love to have live music in the back room. I really wanna do artisan markets," she said. "I used to do a pop-up with my buddy and it's called 'late-night babe.' I'd really love late-night hours because I think that Tower Inn used to be open way late, like 2 a.m., and obviously, the pandemic affects a lot of these late-night places, but I really wanna do late-night hours towards the summer."

As the space is so close to EMU's campus, Inhamathong has students in mind and wants Basil Babe to be a place for the community to be comfortable and try new food.

"College is such a good time to be learning and experiencing new things and I hope to bring Thai food into people's everyday palate, all the flavors, but ultimately I just want this place to be an inviting, welcoming place because that's what Tower Inn used to be for me," she said.

"I want students to come here between classes, have a quick, fulfilling meal that's not gonna weigh them down."

Growing up in Ypsilanti, Inhmathong has a lot of love for the community and is glad to become an even more integral part of it.

"I love that there's so many different people. When I was growing up here, I had all sorts of friends, it's just such a melting pot of community and culture and it's just inviting, it's welcoming, it's homey like people wanna settle down here," Inhmathong said. "Everyone's always like 'oh, I wanna move across the country.' No, I like it here, I really like this community and I feel that we all support each other and that's awesome."

"I'm just very excited to feed the community and give back to this area," Inhamathong said. "Be ready to get your mind blown." 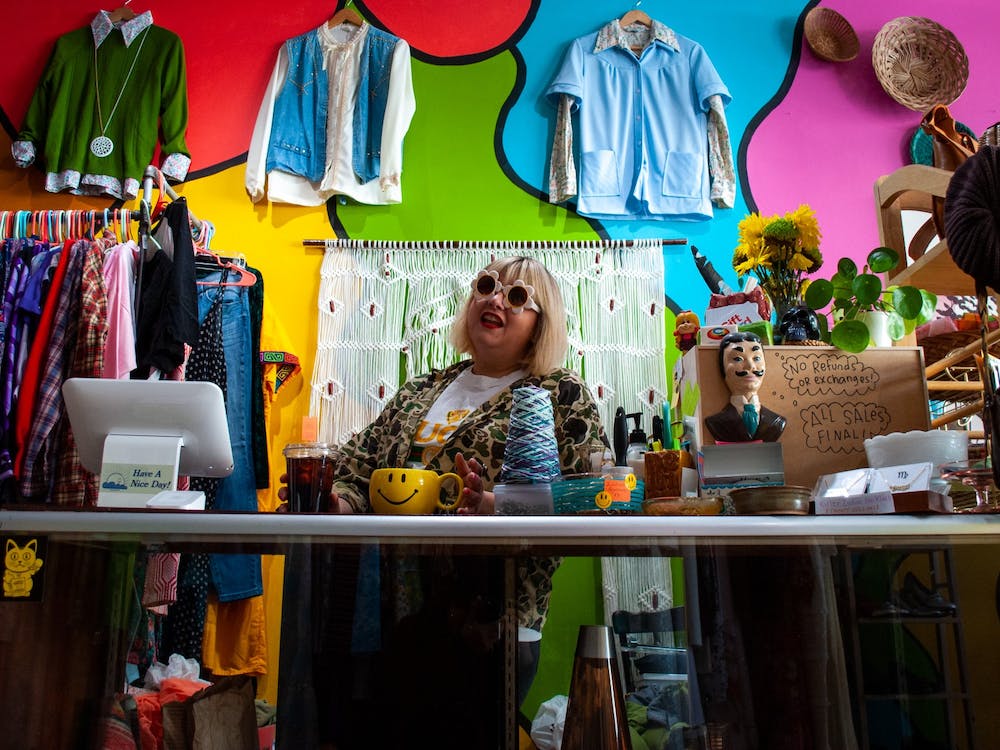